Search for woman who left Warren for Benzie Co. continues

Adrienne Quintal, 47, has not been seen since last Thursday, officials said

Search for woman who left Warren for Benzie Co. continues

On Saturday, deputies and volunteers searched the area surrounding the house in Honor, Mich., where Adrienne Quintal was last seen, they said. 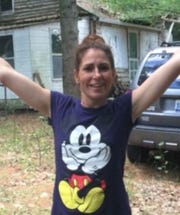 Officials said they have not been able to locate Adrienne Quintal, who had traveled from Warren to a family cabin in Honor, Mich. (Photo: Benzie County Sheriff's Office)

"The search did not turn up any new evidence supporting any theories around the recent disappearance of Adrienne," the sheriff's office said in a statement Tuesday.

"Investigators from the Benzie County Sheriff's Office and the Michigan State Police are following up on leads and tips. Investigators are also conducting further interviews of witnesses in both Benzie County and Southeast Michigan. There is no additional information to report at this time."

Police said Quintal, 47, called a person in Warren at about 2:45 a.m. Thursday and asked for help. The person called the Benzie County Sheriff's Office, according to authorities.

The caller told authorities Quintal had gone from Warren to a family cabin in Honor, about 255 miles northwest of Detroit.

Deputies and state police troopers arrived at the property at about 2:58 a.m. Police found evidence of possible foul play. Troopers searched the area with a K-9 unit and were not able to locate Quintal, officials said.

They said she left behind her vehicle, her cellphone and her purse.

Police spoke to Quintal's family and friends and they said they have not heard from her since Thursday.

Quintal is 47 years old, with long brown hair and brown eyes. She is about 5-foot 7-inches tall and weighs about 125 pounds.