The defendants, 4 football players who are 18 years old, could be sentenced to 93 days in jail if convicted in the reported October incident

The four, all members of the school’s varsity football team, were arraigned on the misdemeanor offense before Judge Matthew P. Sabaugh of 37th District Court. 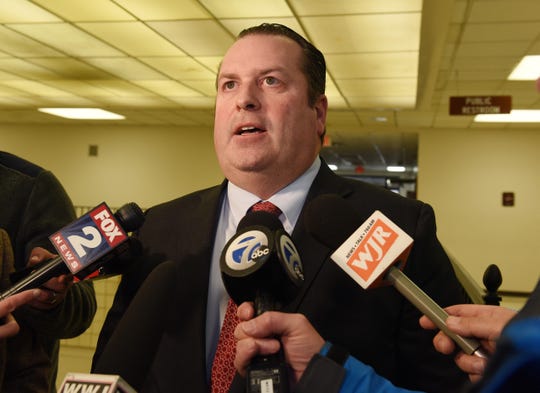 Sabaugh entered not-guilty pleas for each student and set $1,000 personal bonds pending a preliminary examination date to be scheduled. Bond conditions include no contact with the alleged victims in the case; no assaultive behavior; and no leaving the state without permission.

“My client is a good kid, a good student and an athlete,” said Lovelace's attorney, Jack Kramer. “He is looking forward to going to court and clearing his name.”

Attorney Paul B. Addis, who represents Young and Pearson, stood in as a court-appointed lawyer Monday for Bonery. He described his clients as “good kids from good families” and said they never should have been charged.

He told Sabaugh that Young had a 3.0 grade point average, no criminal history, and is college-bound. Pearson, he said, had a 3.6 grade point average, is in the National Honor Society, president of the black students’ association and plans to enroll at Albion College next year. Bonery also is an honor student, he said.

“The investigation into this was tainted from the beginning,” Addis said, adding the school also mishandled the matter.

The investigation of alleged hazing in October at the Catholic all-boys school was initially stalled by a lack of cooperation from students, parents and school officials, investigators said.

A fifth student, an 18-year-old from Harper Woods, is expected to be charged Tuesday, Dwyer said. Two additional defendants who were 16 years old at the time of the incident will be processed as juveniles.

The hazing allegations prompted an internal investigation at the school, which led to the firing of the school’s football coach, cancellation of the rest of the football season and the suspension of three students, whom have since been reinstated.

Wendling has said the Warren police investigation was stalled by school officials’ delay in reporting the incident as mandated by law and also by the withholding or destruction of internal reports. 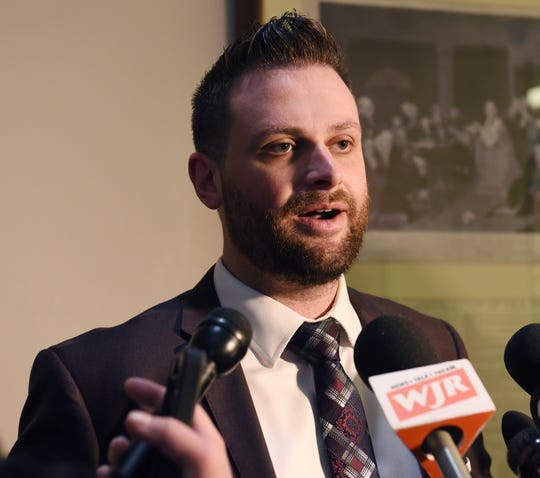 The matter would normally have been reviewed by the Macomb County Prosecutor’s Office but it recused itself due to a perceived conflict of interest. A child of one of the assistant prosecutors attends the school.

Wendling’s office was selected by the Michigan Attorney General’s Office to handle the case. Wendling said his investigators had attempted to reinterview several people connected to the incident but like Warren detectives, had found them to be uncooperative.