Prosecutors revealed the twist this week in a criminal fraud case against Dr. Charles Donald Mok II, 56, of Allure Medical Spa. He is believed to be the first person charged in Metro Detroit as part of a nationwide crackdown on fraud linked to the global pandemic. 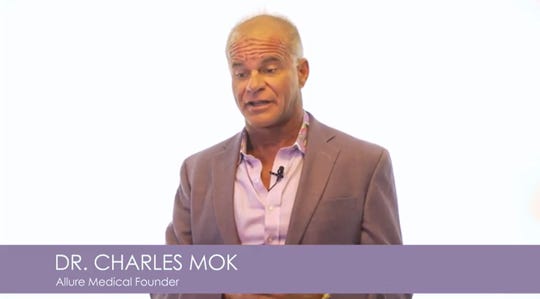 Mok, who faces charges punishable by up to 10 years in federal prison, secured the money despite other businesses struggling to apply for the federal loans or being shut out.

Prosecutors declined to comment Friday when asked whether the $2,641,683 loan Mok received was obtained improperly or if the government was trying to recoup the money. Federal agents have seized $4 million during their investigation but did not take the loan money.

Mok used the COVID-19 pandemic to bill insurers for vitamin C infusions fraudulently presented as virus treatments and preventative measures, according to a 47-page criminal complaint unsealed last month. He also failed to utilize appropriate protocols at the clinic to minimize the spread of the virus, prosecutors said.

He touted a variety of treatments on YouTube and in personal appearances on local TV stations.

Court records portray Mock as trying to seize an opportunity to steal patients during the pandemic, calling doctors "cowards" for shuttering rival clinics and running his own clinic with employees who kept working despite testing positive for the virus.

The medical and spa facility at 26 Mile and Van Dyke focuses on vascular surgeries, hormone replacement and stem cell therapy. It also has a skincare and weight loss clinic and an urgent care, according to its website.

Allure operates 26 outpatient clinics specializing in varicose vein treatments in eight states and has at least six clinics in Michigan.

Prosecutors disclosed earlier this week that Mok received the federal emergency loan. The government successfully fought Friday against attempts by Mok to modify bond conditions and continue to bill Medicare and Medicaid.

Prosecutors faulted Mok for trying to keep billing the same federal health care programs he is charged with defrauding.

Mok billed or caused to be billed to Medicare more than $20 million in fraudulent claims during a 26-month period, and he was paid more than $7 million, according to the government.

The doctor last month was prohibited from billing federal health care programs and performing nonessential or non-life-supporting procedures at his clinics in Michigan and Florida.

The bond conditions are more restrictive than necessary, Mok's lawyers, Mark Kriger and Deday LaRene, wrote in a court filing. Kriger did not respond for comment Friday.

Mok's legal team proposed letting the doctor continue to bill Medicare and Medicaid for services, including varicose vein treatments. They also proposed having the bills reviewed and approved by an independent third party.

"Under the current order, defendant’s clinics will simply be unable to function, putting at risk the health of patients, and the livelihood of many employees," the lawyers wrote.

Mok's clinics employ more than 200 people and a large percentage of billings, as high as 75%, are to Medicare.

"Dr. Mok estimates that if they are not permitted to continue to treat and bill federal insurance programs, over 160 of these people will permanently lose their jobs," the lawyers wrote.

Mok received the $2,641,683 emergency loan on April 17. The federal loan will be forgiven if Mok uses the money to cover payroll, mortgage interest, rent and utilities.

One week later, federal agents raided his Shelby Township office but did not seize the money. 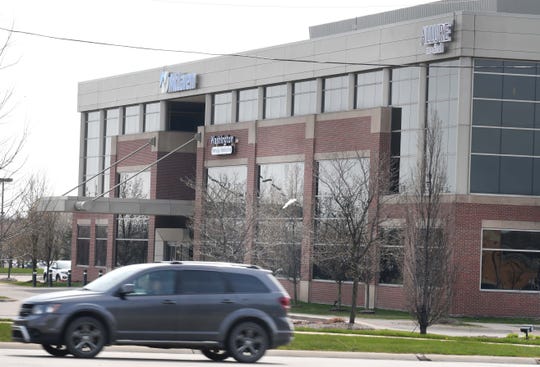 That money is almost gone, his lawyers said.

"In other words, the (federal loan) will be exhausted next month," the lawyers wrote.

Investigators did not seize an account containing $1.6 million, they wrote.

"The funds in this account, at the Bank of Ann Arbor, were taken by the bank — anxious about news reports of this case — to set off against an outstanding line of credit," Kriger and LaRene wrote.

"Without federal billings — particularly Medicare — the clinics will simply be unable to function on an ongoing basis, leaving employees unemployed, patients without care, vendors, landlords and mortgage holders unpaid," the lawyers wrote.

Prosecutors argue the bond conditions do not prevent Mok or his employees from treating essential patients who pay for the services themselves or through commercial insurance.

"The restrictions on billing and the scope of Mok’s practice are minor restrictions that help to ensure the safety of the community and the victim by preventing Mok from endangering the health of the citizens of the Eastern District of Michigan and taking any action that undermines Medicare’s or Medicaid’s efforts to protect its assets," Assistant U.S. Attorney Regina McCullough wrote in a filing.