The Macomb County Prosecutor’s Office is declining to file charges against a black Amazon delivery driver following an encounter between him and a white Warren police officer this week, representatives said Thursday.

Prosecutor Jean Cloud denied a warrant request following a "thorough review of the investigation" and reports from the Warren Police Department, her office said in a statement. 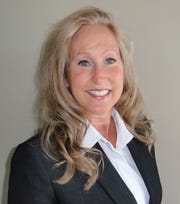 “As prosecutors, we have sworn an oath to act with integrity, utilizing balanced judgment to ensure public safety within our communities, while respecting the constitutional and legal rights of all persons," Cloud said in the release. "We have an obligation not only to pursue appropriate criminal charges when necessary, but also employ discretion to not authorize criminal charges as certain circumstances demand."

Amazon officials could not immediately be reached for comment on the decision.

Warren police Commissioner Bill Dwyer said he was not upset or disappointed by the development and said it's not unusual for warrant requests to be denied.

Warren Police Commissioner Bill Dwyer told The Detroit News that the officer had told the Amazon driver he was parked illegally during their encounter Tuesday on Engleman, but the man became "argumentative and refused multiple requests for his license." (Photo: Daniel Mears, The Detroit News)

"They felt it was not enough probable cause. They made that decision which they normally would make," he said. "They have an obligation as well as we do."

The officer involved remains on administrative leave, Dwyer said. An update on an internal investigation of the matter was expected Friday.

Dwyer told The Detroit News that the officer had told the Amazon driver he was parked illegally during their encounter Tuesday on Engleman, but the man became "argumentative and refused multiple requests for his license."

The 23-year-old driver "was not cooperative and refused the officer's commands to place his hands behind his back," Dwyer said. "The driver wouldn't comply and a struggle ensued. The officer took the driver to the ground to gain control of him for everyone's safety and before the situation escalated further."

No one reported injuries in the incident.

Authorities recommended charging the driver with resisting arrest, failure to obey a lawful command and failure to produce a driver's license, Dwyer said.

Warren Mayor Jim Fouts decried the incident and initially called for the officer involved to be fired. He later said on Facebook that he would "await further details based upon additional information. ...I was upset that one individual could possibly besmirch the fine reputation of Warren police officers."