Online retail giant Amazon will open a new delivery station in Sterling Heights in September. The development will bring "hundreds" of full and part-time jobs. 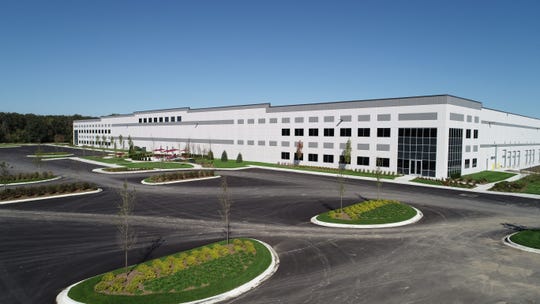 The 576,000-square-foot delivery station in Liberty Park Commerce Center on Mound Road just north of 14 Mile is part of a brownfield redevelopment project that will involve an environmental cleanup.

The new station is in the Innovate Mound corridor, which has created an $8 billion annual economic impact on the regional economy, officials said.

“A development project like this is significant to Sterling Heights,” Sterling Heights senior economic development advisor Luke Bonner said in a statement Wednesday. “Not only does it bring in important tax base to the City, it also brings in jobs."

Amazon plans to start recruiting next month. Full-time positions pay a minimum of $15 per hour and include benefit packages including with health, dental and vision insurance. Independent contractors can deliver packages as an Amazon Flex Driver.

“Our skilled labor in Southeast Michigan, particularly in Sterling Heights, is second to none," he said. "We are delighted Amazon has chosen Sterling Heights as home to one of the first delivery stations in the country.”

Amazon has three other delivery stations in the Metro Detroit area: Romulus, Wixom and Hazel Park. The company has fulfillment and sortation centers in Livonia, Shelby Charter Township, Romulus and Brownstown Township.