5 shot on Detroit's east side

5 shot on Detroit's east side

A group of onlookers decided to form a circle to pray for the victims. (Photo: David Guralnick , The Detroit News )Buy Photo

She was gunned down, shot in the chest, her family says, in a shooting on the city's east side in what was described as a gang-related incident.

The reaction was immediate: Neighbors and police decried the violence that snagged more youngsters.

The shooting apparently stemmed from an incident that began earlier in the day, police said. The violence reached Mogul and Hayes about 4:30 p.m., striking down the 3 year old and injuring two females and a male.

Two suspects, a young male and a female, Craig said, were being held; four others are being sought and police are investigating. Amiracle's great aunt, who identified her niece, said the girl's mother was shot in the leg and her father was hit twice in the chest. Amiracle was rushed by scout car to a hospital.

"They shot her, too," said Rozena Barnes said about the girl. "I'm still in shock."

Barnes said the mother and father live in the home with three daughters. 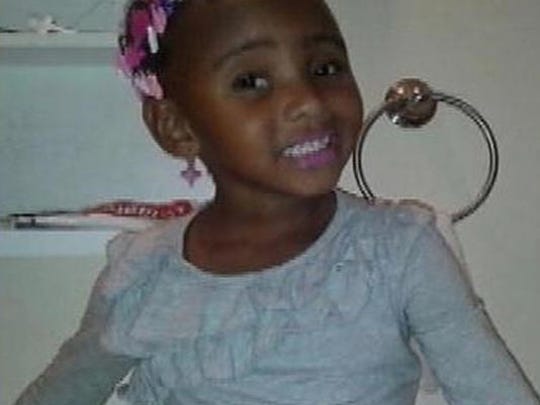 The victims have been hospitalized. Police said the mother, 40, was in temporary serious condition; the father, 47, was critical, Thursday night. A 17 year old injured in the shooting also was critical.

Police said a fifth person is believed to have been shot at an earlier shooting and that may have sparked the gunfire at Mogul.

A salon owner who works around the corner from the shooting said around 3:30 p.m. Thursday she saw a group of teens, boys and girls, skipping down the street. One of the male teens had a gun. She said she didn't witness the shooting, but heard about it after leaving her shop.

Her reaction to the shooting was surprise.

The salon owner said the family would bring the toddler into the shop to get candy.

The shootings shook the neighborhood, where more than a dozen onlookers formed a circle in the street Thursday to pray for the victims. "I'm not so surprised, but heavy hearted," said Nicola Williams, who is no relation to the family. "What can we do but pray?"

Prayers have followed recent shootings that have killed or injured youngsters in the city.

Jakari Pearson, an 8-year-old baseball fan, was killed when a high-powered rifle was fired into the Brewster Homes complex on the 600 block of East Street as he slept in his bed July 30. 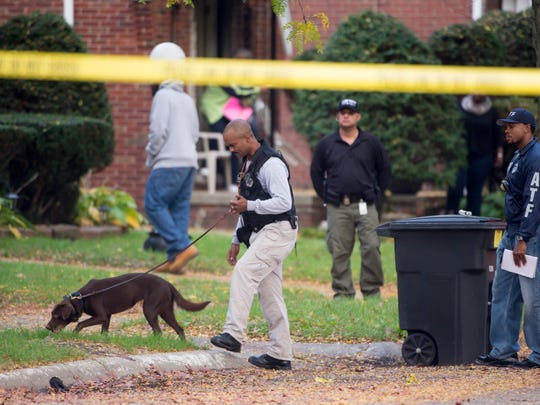 On Sept. 14, a India Williams, 7, was struck by bullets when two vehicles raced through the 2400 block of Charest as she rode her bike outside the family home on the city's northeast side. She was critically injured.

At the scene where police had cordoned off a half-block of Mogul on Thursday as they investigated, Debra Bulock decried the violence.

"Whatever reason they were fighting for, it's sad," said Bulock, president of the parent association at nearby Denby High School, where police said an earlier shooting had taken place and spread to the Mogul neighborhood, although parents and staff at the high school rejected that claim.

When questioned further about the location of an earlier shooting, Detroit police Sgt. Eren Stephens said "the story keeps changing" and that police had no updates on the investigation.