Michigan has the largest Dutch-American population in the nation — nearly a half-million. 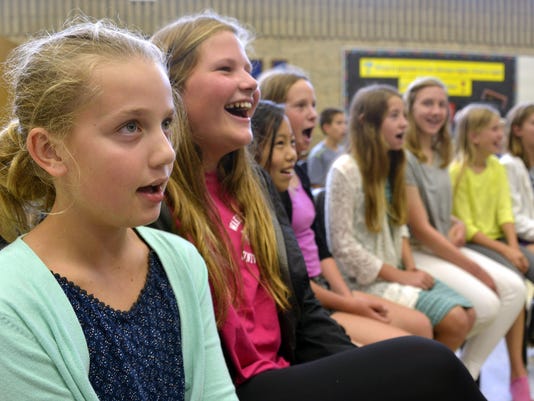 Martha Lamfers is as American as the U.S. flag waving east in a gentle Lake Michigan breeze.

She also is Dutch — her accent a giveaway — having emigrated to West Michigan in 1955.

Like many in the area who claim Dutch roots, Lamfers' American and Dutch sides are front and center as Grand Rapids prepares for a visit next week from Dutch King Willem-Alexander, his wife and their three daughters. The royal family will first visit Washington and meet with President Barack Obama, then head to Michigan and later Chicago.

"Aw man, I could have had tickets," said Lamfers, 74, who is a member of the group overseeing public events for the royals' Grand Rapids' visit, but didn't get around to getting a ticket for herself to the only open event. Her voice softens the hard consonants from a language not known for lilt.

The last Dutch monarch to visit Michigan was the king's mother, Queen Beatrix, in 1982. She abdicated in 2013, making him the youngest monarch in Europe at age 46.

"The children are beautiful. One looks like her grandmother," says Lamfers of the king's young daughters. "We all follow them."

It's impossible to miss the Dutch influence in West Michigan, where nearly 20 percent of Kent County residents in the 2012 census reported Dutch ancestry. Michigan has the largest Dutch-American population in the nation — nearly a half-million.

Lamfers is standing outside Steenstra's Royal Dutch Bakery in the suburb of Grandville, known for Dutch delicacies almond fruit bread and banket, a flaky pastry infused with almond paste.

And The Dutch Store, in Wyoming. Coffee tables here have as centerpieces souvenir tulips — blue, purple, orange, red, yellow, for $3.99 apiece. Ready-to wear wooden shoes run $30-$40. Ceramic-tile accents feature windmills, boats and other homages to the homeland, at about $15.

Terry Reen and his wife of three hours, Patti, are at a counter at The Dutch Store. For more than 65 years, it says in its promotional material, The Dutch Store has been "a premier source for Dutch products in the U.S.," carrying "the items from Holland that you miss the most." It also was among a handful of sites in the area to secure tickets for their best customers to the ceremony and ballet honoring the royal family.

Reen, who owns Fenton Wellness near Flint, remembers Dutch farmers during his West Michigan childhood wearing wooden shoes, the better to work the farms with.

"I always felt I had my home in two countries," says Reen, 64, a first-generation Dutch-American who has traveled to Holland some 30 times.

As Reen chats, a clerk hands his bride an envelope with two tickets to the royal event. "I feel like we won the lottery," Reen smiles, his wedding flower still tucked in a left jacket pocket.

It's good to be the king of the Netherlands. Not only do you get a pastry store named after you half a world away, it's against the law in your country to criticize you. The country pays you tens of millions of dollars and you don't have to work, but you do have to be ceremonial.

West Michigan will see the ceremonial side of the first Dutch king in 124 years. The last king was Willem III, followed by three queens.

After their arrival at Gerald R. Ford International Airport, the Dutch royals — including Princesses Ariane, 8, Alexia, 9, and Catharina-Amalia, 11 — will be serenaded, in Dutch, by a children's choir from Ada Christian School. The family will visit the Helen DeVos Children's Hospital and Van Andel Research Institute — named for Grand Rapids' Dutch-American royalty, the founding families of Amway.

From there, the king and Queen Maxima, who is Argentinian, will be feted at a luncheon at the Frederik Meijer Gardens and Sculpture Park that is to include the Meijer, Devos and Van Andel families, among other prominent local Dutch-Americans. Kurt Dykstra, mayor of Holland on Lake Michigan, will preside.

That will be followed by a ceremony with 1,800 ticketed guests — including Terry and Patti Reen. The ceremony will include "It Is Well," a ballet inspired by Grand Rapids resident Diet Eman and the World War II Dutch Resistance. Gov. Rick Snyder is among those expected to attend.

All that is packed into a half day. Then the royal entourage is off to Chicago for official visits and a stop at Northwestern University, where the king studied briefly.

Too bad they won't have time to do more sightseeing when in Grand Rapids. Martha Lamfers would recommend Rick DeVries' The Dutch Store. "He's my nephew," she says with a smile.