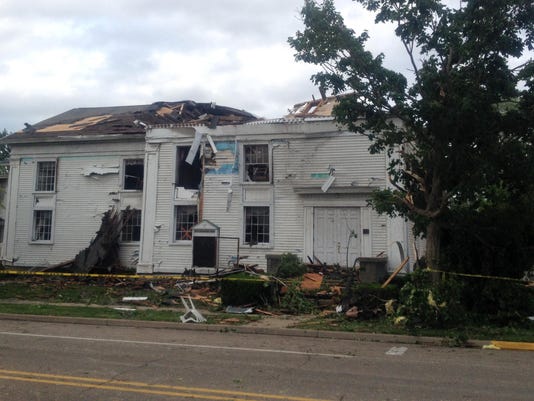 Portland — A Michigan church that was badly damaged by a June tornado is again hosting services at its rebuilt building.

First Congregational Church of Portland held a service in the church’s sanctuary Sunday for the first time since the storm hit 11 months ago.

The church bell, which was salvaged, was rung to start the service. Parishioner Roberta Helms tells WOOD-TV it’s a “beautiful feeling” to return.

A nearby fellowship hall has been the congregation’s gathering place since the storm. WZZM-TV reports the church’s original cross, a chandelier and some pews were included in the renovation.

Several churches were among 132 buildings that were destroyed or heavily damaged by the tornado, resulting an estimated $3.3 million in damage.

No one was injured in Portland, located about 25 miles northwest of Lansing.