Population losses since 2000 have led to smaller tax bases, which can mean fewer government services and more departures

In the middle of the day in downtown Naubinway, there are no worries about finding a parking spot. The town is dealing with a phenomenon that stretches from one end of Michigan’s 300-mile Upper Peninsula to the other — dwindling population.(Photo: Stephen King / Special to Detroit News)

Naubinway — In the western Upper Peninsula, Ewen-Trout Creek High School students will play for their rival football team in the fall.

In the eastern U.P., Naubinway residents will drive 30 minutes for groceries after the imminent closing of their longtime general store.

And in the central U.P., Iron Mountain has talked on and off with neighboring towns about combining government services.

They’re dealing with a phenomenon that stretches from one end of the 300-mile peninsula to the other — disappearing people.

The population dropped in 13 of the U.P.’s 15 counties last year, continuing a slide that began in 2000, according to Census Bureau estimates released in March. The U.P.’s population has fallen 4.4 percent from 2000 through the current 2016 estimate of 303,181.

It means more than lonely streets and stores. It’s part of a bleak cycle in which the loss of people leads to a smaller tax base, which could mean fewer government services, which hastens the departure of more people, which starts the sequence all over again.

Residents know this sad two-step all too well, watching their barren region grow ever more empty.

“We’re out here in the middle of no man’s land,” said Lynn Moore, co-owner of the GarLyn Zoo in Naubinway.

The U.P., which is larger than Massachusetts and Connecticut combined, boasts vast forests of pine and oak and ubiquitous lakes, both great and small.

But something is missing. Older residents are dying and younger ones moving away. They leave for college or a better job, and never come back. 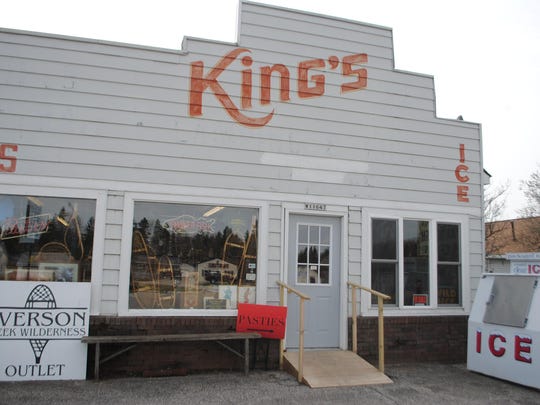 King’s Fish Market in Naubinway was started back in the 1940s by Ernest “Pete” King. King’s daughter Sally Schultz now runs the store. However, she is looking to slow down and the business is for sale. (Photo: Stephen King / Special to Detroit News)

With the decline of mining and logging, nothing tethers them here, residents said. Tourist jobs are seasonal. Prison jobs are unappealing, though they can pay $33,400 to $51,000 a year. The jobless rate is 8.5 percent compared with 5.7 percent for the state.

As a result, a region that covers one third of Michigan accounts for just 3 percent of its population.

“What are you going to do?” asked Charlie Vallier of Engadine. “We need jobs, we need jobs.”

The eastern U.P., which has the Soo Locks and Tahquamenon Falls, has long depended on tourism to feed its economy, merchants said. But visitors can get you only so far.

U.S. Highway 2, which runs along Lake Michigan, is littered with the detritus of failed businesses — vacant restaurants, motels and gas stations. Some small communities have turned into ghost towns.

Naubinway is still alive but its pulse will weaken a bit with the imminent closing of Vallier’s General Store on U.S. 2, residents said. A real estate sign in front of the store reads: “Price Reduced.”

Four generations of families have shopped there since 1941. It was their supermarket, hardware store, butcher shop, gas station and liquor store.

For as long as anyone could remember, the Valliers were as much a fixture as the store’s wooden floor: Merle cutting meat, Doc fixing televisions, the late owner Emmet manning the liquor counter, Rusty in the office and Gen on the register.

A way of life will end when the store sells the last of its in-stock items, residents said.

“The basic thing is: There’s no reason for young people to stay here,” said Carl Frazier, 77, a commercial fisherman from Naubinway.

For residents, a quick jaunt for groceries will turn into a 40-minute drive to Newberry. 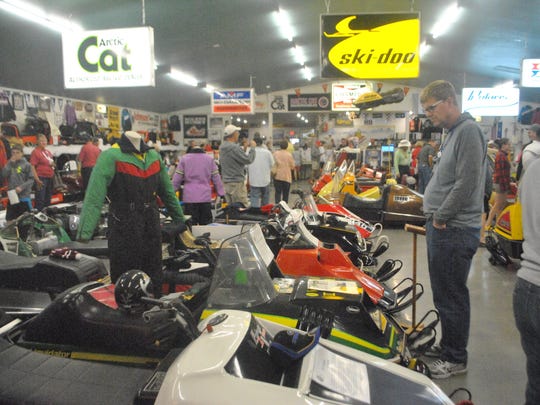 Despite places such as the Top of the Lake Snowmobile Museum, towns such as Naubinway are feeling the passage of time. “We’re out here in the middle of no man’s land,” said Lynn Moore, of the city’s GarLyn Zoo. (Photo: Photos by Stephen King / Special to The Detroit News)

The western U.P. once was Copper Country, but the heyday of copper and iron mining passed a long time ago. It’s been a sad economic tale since with the closing of one major employer after another: an Ontonagon shipyard in 1986, a White Pine copper mine in 1995, a paper mill in 2009.

When the Smurfit-Stone Container plant shuttered in 2009, the Ontonagon Area School District lost 100 students in two years as their parents looked for work elsewhere, school officials said. It continued a drought where the district has lost 80 percent of its students over half a century, from 1,600 in 1966 to 314 today, according to school records.

The loss of each student was a fiscal blow, namely $7,511, which is how much schools receive from the state for each pupil. In March the district was listed by the state as potentially financially stressed.

“We keep shrinking,” said Dean Juntunen, a disabled veteran who is president of the school board. “We’re still surviving but barely.”

With dwindling finances, the district annexed White Pine schools in 2009, moved the Ontonagon elementary school into the high school the next year, got rid of its art program and laid off teachers.

Volunteers Tom Peele and John Batchelder take a break in front of the fireplace at the Top of The Lake Snowmobile Museum. (Photo: Stephen King / Special to Detroit News)

Now it’s merging its high school football team with the one from Ewen-Trout Creek High School. The two teams already had been reduced to eight positions instead of the regular 11 because of student shortages.

But Ontonagon is getting the better part of the deal.

Ewen-Trout Creek students will have to practice and play their home games in Ontonagon, which is 31 miles from their school, and play under the name and colors of their rival.

“It’s a hassle. But it’s better than no football at all,” said Donna Hanson, who has two children in Ewen-Trout Creek schools.

This is becoming a way of life in the western U.P. Ironwood and Gogebic schools have merged their football teams, while Bessemer and Wakefield-Marenisco schools have joined their baseball teams.

The weakened state of the schools makes it hard to attract new businesses to the area, school officials said.

Hiawatha Pasties is open only occasionally at the moment. But, with the return of tourists, it will again open during regular business hours. (Photo: Stephen King / Special to Detroit News)

In the central U.P., Bill Revord joined the Iron Mountain Police Department in 1979, becoming one of 15 officers. The city had 15 full-time firefighters and 35 people in the Department of Public Works.

Fast forward 38 years. Revord is retired from the force and is mayor pro tem. The city has 12 officers, seven firefighters and 14 people in Public Works Department, which contracts out much of its work.

One reason for the shrinking government is the shrinking population, which has dropped 9 percent since Revord became an officer, from 8,341 to 7,571.

With Iron Mountain and neighboring towns losing people and looking to cut costs, the solution is staring them in the face, Revord said. There’s no reason why Iron Mountain and Kingsford, with 5,104 residents, need two police forces and fire departments, he said. 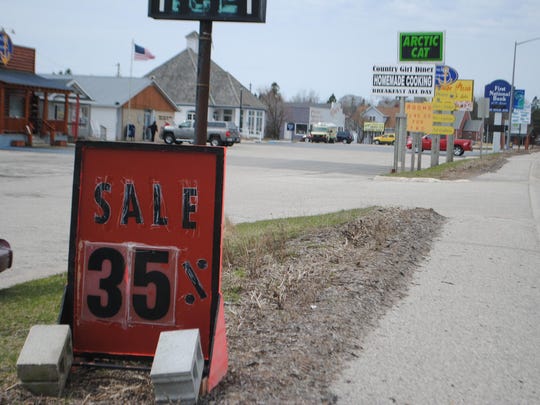 Naubinway will lose a longtime fixture with the imminent closing of Vallier’s General Store on U.S. 2. (Photo: Stephen King / Special to The Detroit News)

The two towns had talked about merging some services in 2013 but nothing came of it, officials said. When the director of the Iron Mountain public works department retired last year, Revord raised the issue again.

An online survey by a local newspaper earlier this year found overwhelming support for the idea. The Iron Mountain Daily News poll showed that 127 of the 165 people who responded favored merging services. The addresses of the respondents weren’t given.

But the renewed talks haven’t gained any traction as some Kingsford residents fret that combined services would lead to longer waits for police or fire protection.

“What if there’s a fire in both towns? Which one will they go to first?” asked Paul Pringle of Kingsford.