Lansing — Three Metro Detroit suspects were arrested Thursday for flying a drone within state prison property to drop drugs and a cellphone — the first time in Michigan history arrests have been made in such an incident.

The three people, whom authorities have not yet identified, used a drone to drop a package containing drugs and a cellphone near a housing unit at the Richard A. Handlon Correctional Facility in Ionia just before 4 a.m., according to the Michigan Department of Corrections.

As prison officers told other staff about the drop, the drone flew back and dropped off another package in the same area. Prison staff notified local law enforcement in Ionia, who arrested the three people. They found a drone in a nearby field and Michigan State Police helped search the grounds. 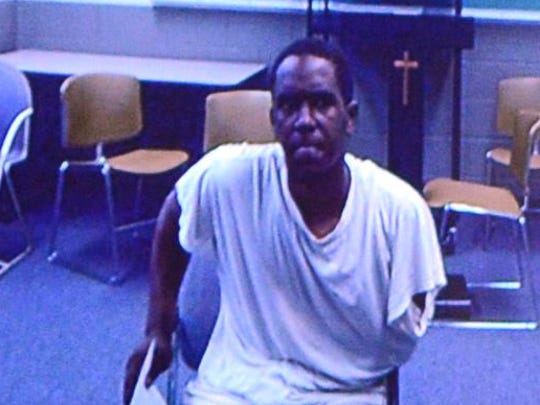 The three people are being held in the Ionia County Jail, according to county prosecutor Kyle Butler.

No formal charges have been filed, according to Butler, and it’s still “very early in the investigation.” He said they will face contraband charges involving cellphones, marijuana and razor blades and will be arraigned Friday morning.

Michigan Department of Corrections Director Heidi Washington praised prison staff and law enforcement for their handling of the situation in a statement her office released Thursday.

“Drones present a serious and constant threat to our prisons across the state. Our staff remain vigilant in their efforts to keep dangerous contraband from entering our facilities in all manners,” said Washington. “I am proud of the prompt and professional response of our staff and for the support and coordination with local law enforcement and the Michigan State Police to apprehend these individuals. Together, their actions kept not only our facility, staff and prisoners safe, but the surrounding community as well.”

MDOC spokesman Chris Gautz said two of the three arrested were found close to an outer prison fence, and law enforcement found the third person in a nearby car. Gautz said officials believe the two near the fence operated the drone as the person in the car communicated with them by cellphone.

Gautz said state prisons have faced two other attempted drone drops, but this is the first time that law enforcement were able to find a drone and make arrests.

It’s a felony offense to introduce contraband into a state prison, Gautz said.

The Federal Aviation Administration, which makes rules for drone use, is not involved in criminal matters or levying charges in crimes committed with drones, according to FAA spokeswoman Elizabeth Isham Cory.

“We will continue to work with our partners in the law enforcement community to ensure they have what they need to successfully prosecute these cases to the fullest extent of the law,” Washington said.

“We will also continue our efforts to aid lawmakers in their efforts to strengthen laws regarding drones and their ability to introduce dangerous contraband into our prisons.”

A bill sponsored by state Rep. John Chirkun, D-Roseville, would prohibit drones from flying within 1,000 feet of a jail, prison or law enforcement or state court building. Chirkun couldn’t get enough Republican support in the House in 2016 to add those provisions to another bill dealing with drones that Gov. Rick Snyder signed into law.

The law created a state task force charged with developing drone policy recommendations and outlawed using the devices to interfere with any official duties by police officers, firefighters or paramedics, among other changes.

This year, Chirkun said he sent a letter to freshman Rep. Michelle Hoitenga — a Republican from Manton who is chairwoman of the committee where the legislation is stalled — pressing her for a hearing on the bill. But Hoitenga never responded.

He said the incident Thursday gives the measure a renewed urgency.

“You know what? Somebody’s gonna get hurt,” Chirkun said, adding that he’s concerned someone could use a drone to fly in wire cutters, drugs or guns “and they try a prison break and shoot innocent guards … something’s gonna happen.”