Woman alleges attorney groped her; during meeting, he says he doesn’t remember encounter at eatery 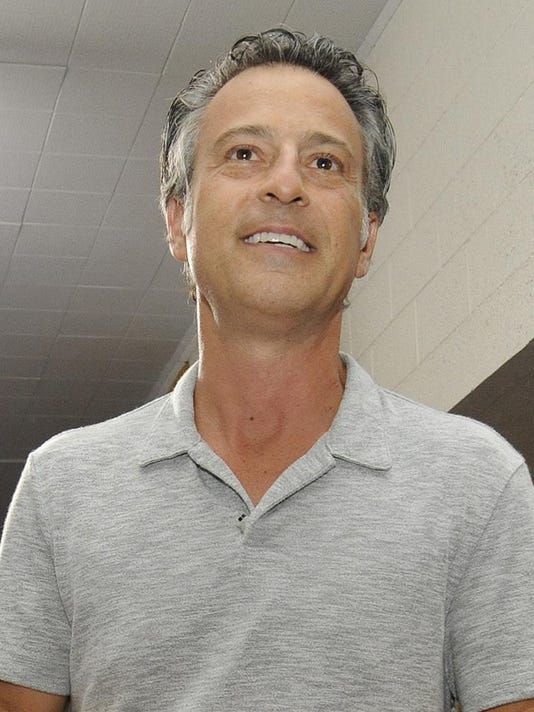 An audiotape purported to be the voice of Southfield personal injury lawyer Mike Morse is heard apologizing to a woman who has filed a $10 million lawsuit that accuses him of groping her.

“I’ve never been accused of this or done anything like this ... I don’t know how to say I’m sorry enough, I really am,” a male voice says. “I’m mortified. It changed me and woke me up.”

Morse, 49, has denied the claims of Renee Swain, 47, of Novi who recorded a meeting at Steven Lelli’s Inn on the Green in Farmington Hills in May, after an alleged incident in April during which Swain says Morse illegally touched her.

Swain filed a complaint with Farmington Hills police, and restaurant owner Mark Zarkin asked her to meet with him and Morse at the restaurant in May. During that meeting, Swain wore a police-provided wire, which recorded Morse complaining that negative publicity would hurt him personally and professionally.

That tape was played and distributed Tuesday by her attorney, Southfield based attorney Geoffrey Fieger, a day after the Genesee County prosecutor declined to file criminal charges against Morse, saying “the case is better suited for the civil arena.” Fieger has filed lawsuits against Morse on behalf of Swain and three other women, including two of Morse’s fomer co-workers.

In the tape, a female voice asks: “Do you remember what you did?”

A male voice responds: “I remember like a one-second to pull you over, that’s what I remember. I’m not denying anything, I’m telling you I don’t know.”

Later, the woman says, referring to the alleged groping incident at the restaurant in April: “You pulled me over and grabbed my boob and said ‘Is that better?’ I want you to know that it made me feel really bad. You made me feel like a whore, like you thought you could just do that to me ...”

The male again apologizes and responds: “And I’m really sorry about that ... listen, I thought we had a nice little connection. I liked you, I thought you were fun, I’d like to see this person again and we could go out and party. That was honest to God my feeling.”

At the end, the male asks for forgiveness and the woman says she accepts his apology.

Swain is one of five women who has accused Morse of unwanted physical advances.

Morse’s attorney Deborah Gordon released a statement Tuesday saying he denies responsibility and the recording is not new.

“Mike was shocked when Ms. Swain filed a police report based on an alleged momentary touch made in a busy, public restaurant, where his girlfriend and other friends were present,” Gordon said in the statement. “This so-called audio apology is not newly discovered and has been found lacking as grounds for any criminal complaint,” the statement said.

“When he was told by a friend of Ms. Swain that all Ms. Swain wanted was a meeting and an apology, he agreed, hoping to diffuse the bizarre situation she had created. Ms. Swain clearly tried to entrap Mike but all she got were kind words and a general apology for a non-event.

“In no way was this meeting an admission of misconduct. It was Mike’s attempt to deal with a clearly confused and possibly unbalanced person. Ms. Swain has no credibility; witness statements and other evidence make that clear. Mr. Fieger does not have any credibility, either. Mr. Fieger thrives on circus-like press conferences but they do not change the facts or the law,” the statement said.

Fieger nor Swain could be reached for comment Tuesday.