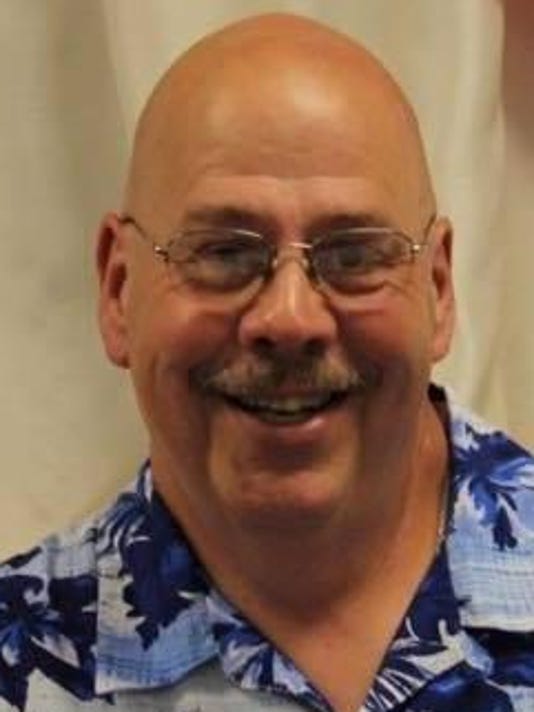 Cheboygan – Everyone in this rustic resort seems to have a kind word for longtime policeman Dan Frazier.

They’ve known him most of their lives, from taking his drug-education classes in elementary school to hiring him as a disc jockey at their weddings. They described him as an affable fellow whose volunteer work includes grilling steaks for a church youth group.

But Shawn Sova paints a more sinister portrait of the retired officer.

Sova said in a federal lawsuit that, after he and Frazier’s daughter ended a live-in relationship last year, the former cop told a regional drug task force Sova was selling drugs. Frazier did so to influence a bitter custody fight, according to the legal filing.

The lawsuit describes a ham-handed investigation by the Straits Area Narcotics Enforcement (SANE) squad, including the use of an informant to buy drugs from a friend of Sova’s. The informant left a voice message for the friend, Jim Pettyjohn, thanking him for the Ritalin “from Sova.”

But Pettyjohn never told the informant where he got the Ritalin, according to the lawsuit. More inexplicably, the informant left the message before, not after, getting the drugs from Pettyjohn, the lawsuit said.

SANE later arrested Sova for allegedly selling the drugs to Pettyjohn but the case quickly fell apart and the charge was dropped, according to court records.

“We think that’s outrageous,” said Hassan Bazzi, a Southfield paralegal representing Sova. “The whole case was based on fabrications.”

Bazzi said the arrest hurt Sova during the custody battle. He had sought joint custody of his 5-year-old son but a judge awarded sole custody to Kendra Frazier.

Lt. Ken Mills, a Michigan State Police detective who heads SANE, denied the accusation but declined to discuss the case.

Frazier said he didn’t want talk about the allegation or his relationship with Sova. He retired in 2014 after 30 years with the Cheboygan police department.

“I have nothing to say about him,” he said. “I wish him well in life.”

During the six years they lived together, Kendra Frazier worked as a beautician while Sova was mostly unemployed, according to the custody court file.

Sova, 31, told the referee who heard the custody case that Kendra’s dad didn’t like him, convincing her to put the couple’s home in her name only.

Sova said the couple broke up last year because Kendra was cheating on him. Kendra told the referee she moved in with a man shortly after the breakup. Kendra and the man, Dominic Bishop, were married in October, according to her Facebook page. 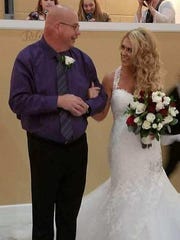 Kendra, who is now Kendra Bishop, declined to talk to a reporter.

“None of it is true,” she told the Detroit News. “It’s just a bunch of silly lies.”

Sova became irate after the breakup, texting Bishop up to 30 times a day, she told the custody referee. He told the couple’s son she didn’t love him and wished he had never been born.

Sova and Bishop separated on New Year’s Day last year. One week later, SANE arrested a Cheboygan man for having drugs and told him he wouldn’t be charged if he helped them catch Sova, according to the lawsuit.

SANE directed the Cheboygan man, who wasn’t identified, to buy drugs from Pettyjohn, according to the lawsuit. That’s when he left the voicemail.

Several days later, Sova received a text from Pettyjohn saying he had been arrested and police wanted him to say he received the Ritalin from Sova, according to the lawsuit.

Sova was visited by two members of SANE who told him they had audio and video of him selling drugs, the lawsuit said. Sova told them to talk to his attorney. He was arrested April 13.

Meanwhile Pettyjohn worked out a plea deal that required him to testify in Sova’s case.

On May 1, the day of Sova’s preliminary hearing, Pettyjohn was heard shouting in the Cheboygan courthouse that the police were trying to force him to testify falsely against Sova, according to the lawsuit. Without Pettyjohn’s testimony, the prosecutor dropped the charge against Sova.

“The entire case was based on the participation of Pettyjohn,” Bazzi said.

As for Pettyjohn, 35, his plea deal was yanked and he later pleaded guilty to selling drugs and served three months in jail, according to court records. He couldn’t be reached for comment.

After Sova and Bishop separated, they agreed to joint custody of their son, shuttling him between their homes every three or four days.

But Bishop said the child responded poorly to the arrangement, acting out at home and preschool. She filed for sole custody in February.

“The significance of this is great,” he wrote in his May opinion. “If it is true, the allegations go well beyond this custody proceeding and strike at the very heart of the criminal justice system.”

If the allegation was false, and Cranham seemed dubious, it raised questions about Sova’s mental health, he said.

Cranham said the drug arrest and conspiracy claim were among several factors that hampered Sova’s ability to be a positive role model for his son.

In recommending that Bishop received sole custody, Cranham noted factors unrelated to the drug arrest: Sova’s lack of steady work, his harassment of Bishop and the child’s poor reaction to joint custody.

A circuit judge accepted the recommendation and awarded Bishop sole custody in August. Sova sees his son every other weekend.

“A line was drawn in the sand,” Bazzi said, “and Sova happened to be on the wrong side of that line.”