Mich. would require voters without a driver’s license or state ID to present one of a narrow list of alternatives 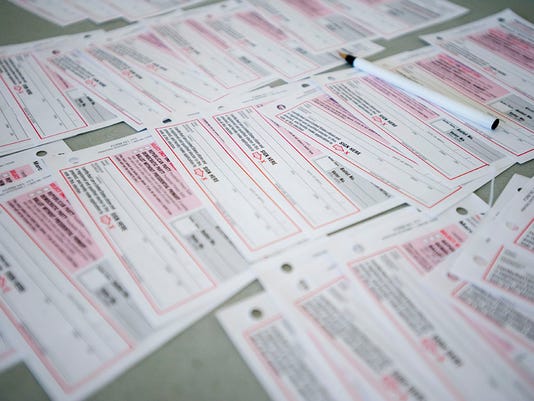 About three million Michigan residents did not have a driver’s license in 2015, according to federal data.(Photo: David Guralnick, Detroit News)

Lansing – Michigan would require voters who do not have a driver’s license or state identification to present one of a narrow list of alternatives to cast a ballot under a bill passed by the state House Thursday.

Legislators in the lower chamber voted 62-44 Thursday on a list of permitted alternatives including other state IDs, a U.S. passport, a military photo ID or student ID.

The voter ID bill sponsor, Rep. Aaron Miller, said the proposal was an effort to put into law what is required. Miller said said he has heard claims of lax practices from cities and counties, such as allowing residents to change their names during registration. 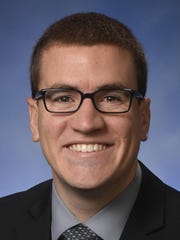 “Obviously I want a person who is showing up to vote to be that person,” said the Republican from Sturgis. “I think everybody does.”

But Democrats overwhelmingly shunned the bill, saying it would suppress voting. Rep. Jeremy Moss, who sits on the Elections and Ethics Committee chaired by Miller, said the restrictions would impose more hardship on those without a driver’s license.

“It would disproportionately impact urban communities and communities of color if we are only going to have a restrictive list,” the Democrat from Southfield said.

About three million Michigan residents did not have a driver’s license in 2015, according to federal data.

Michigan has a few counties and cities, such as Detroit, that issue their own IDs. These include homeless or undocumented individuals in the area who seek verification to apply for social services or jobs. For voting purposes, Moss said only municipal IDs for citizens should be accepted.

“If we’re talking about acceptable forms of ID, I certainly think a city government’s municipal ID is on par with a high school ID,” Moss said. “It’s not a threat. … This is common sense.”

The House showed stronger support for two other bills. They set procedures for ordering new absentee ballots in the event of a mistaken or lost ballot, as well as for comparing Michigan’s qualified voter list with the federal Social Security program’s death records. All three bills now seek Senate approval.

Similar legislation passed the Senate 35-1, paving the way for online voter registration to arrive in Michigan. If approved by the House and the governor, the state would join 38 others as well as the District of Columbia.

Individuals electing to sign up this way must possess a valid driver’s license or official state ID card still. Because driver’s license registration already exists online through the secretary of state’s website, supporters of the legislation said incorporating electronic registration in voting as well streamlines registration without compromising security.