Schuette: Mich. to get $3M from Citibank settlement

Money is part of a $100M settlement with 42 states

Schuette: Mich. to get $3M from Citibank settlement 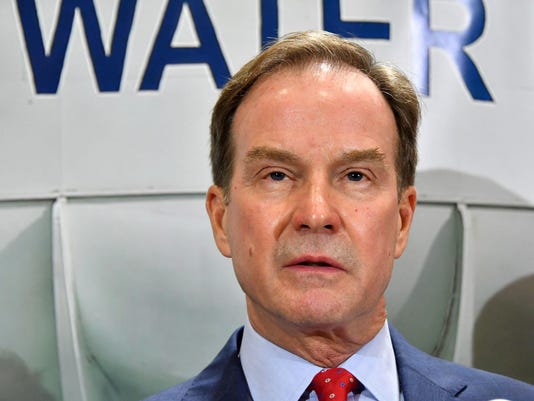 Michigan will receive $3 million as part of a legal settlement with a bank for manipulating an interest rate, state Attorney General Bill Schuette said Friday.

Michigan and 41 other states are in line for part of a $100 million settlement with Citibank over fraudulent conduct involving the manipulation of LIBOR, a benchmark interest rate banks around the world charge each other for short-term loans.

“Trust in our financial institutions is key to ensuring our economy continues moving forward,” Schuette said in a statement. “Today’s settlement with Citibank is about trust and following the law with financial transactions.”

The attorneys general of the 42 states investigated allegations Citibank misrepresented the integrity of the benchmark to governments, nonprofits, private companies and institutional trading firms and made millions in profit.

Schuette said Citibank is the third of several banks that set the interest rate being investigated by the attorneys general.

Including the Citibank settlement, the 42 states have collected $420 million in payments, which will be distributed to state and local governments and nonprofits.