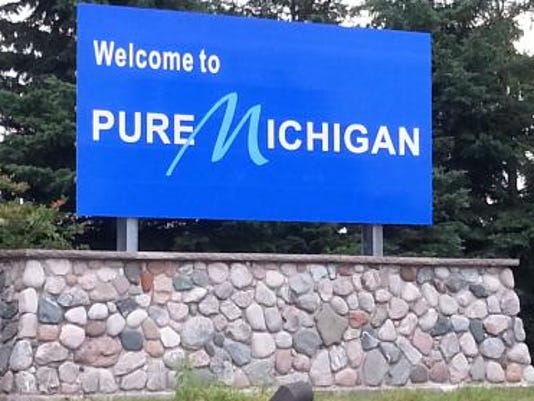 The Asian and Hispanic populations grew faster in Michigan than nationwide last year, while the number of white and black residents was essentially flat, census estimates show.(Photo: google.com)

The Asian and Hispanic populations grew faster in Michigan than nationwide last year, while the number of white and black residents was essentially flat, census estimates show.

The state's Hispanic population surpassed half a million for the first time — reaching 504,857 as of July 2017 — an increase of 2.2 percent, according to U.S. Census Bureau population estimates released Thursday. The number of Asians grew by 4.1 percent..

"The future of Michigan is Asian and Latino," said said Kurt Metzger, a demographer and director emeritus of Data Driven Detroit. "The white, non-Hispanic population is dropping. It's an older population. ... Michigan's growth is going to be contingent on national immigration policy."

The census estimates showed the population of blacks and whites both declining by just a fraction of a percent.

While Asians are smaller in numbers statewide than Hispanics, they are growing at a faster rate. Since 2010, the state's Asian population has grown by 31 percent compared to 15 percent for Hispanics, Metzger said.

But the gain in Hispanics and Asians in the nation's south and west dwarfs Michigan's gains. Texas' Hispanic population increased by 234,000 people last year. And California had the largest increase in Asians, with a gain of 133,468.

One of the communities in Oakland County that has drawn the most Asians is Troy, where nearly one quarter of the population is of Asian descent, according to the 2016 American Community Survey done by the U.S. Census Bureau. The city council formed a 12-member "Global Troy Advisory Committee" in 2016 to increase cultural competency in the city.

"Troy is one of the most, if not the most, diverse cities in the state," said Cindy Stewart, Troy's community affairs director. "We want to do everything we can to welcome people from all over the world."

The increase in Asian and Hispanics are driven by births but also people moving to Michigan, Metzger said. More people moved to Michigan than left it in 2017, the first such gain for the state since before 2001. Michigan's population rose to 9.96 million last year.

Hispanics and Asians are much younger than whites in Michigan and they will have "more and more impact on the sustainability of the economy," said said Dr. Rubén Martinez, professor of sociology and director of the Julian Samora Research Institute at Michigan State University.

In Metro Detroit, Washtenaw County had the youngest population, with a median age of 33.4, compared to Wayne at 38, Macomb and Oakland at 41.1 and Livingston at 43.4.

Here's a breakdown of the 2017 population by percentage in Metro Detroit counties: