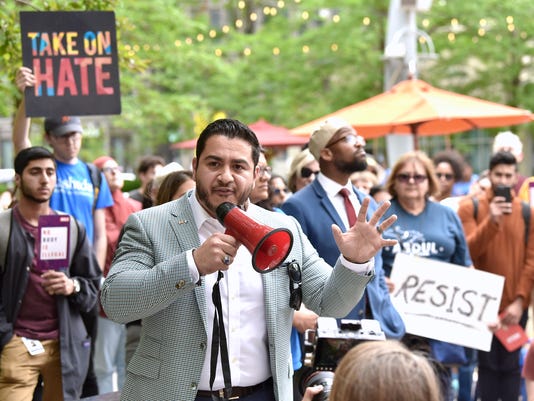 El-Sayed is hoping to pull of a similar upset next month. He is running third in recent polls of the Democratic gubernatorial field, which includes former state Senate Minority Leader Gretchen Whitmer of East Lansing and Ann Arbor entrepreneur Shri Thanedar.

Sanders, in a statement, said he was “proud” to endorse El-Sayed, a 33-year old Rhodes Scholar who lives in Shelby Township.

“As governor, Dr. El-Sayed will fight for a government in Lansing that represents all the people, and not just wealthy special interests,” he said.

“Under Abdul’s leadership Michigan can help lead the nation in guaranteeing health care for all through a Medicare for All single-payer type system, tuition free public colleges and universities, a minimum wage of $15 per hour and strong environmental protections.” 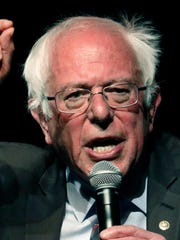 El-Sayed, a favorite of the progressive left, is running on a far-left policy platform similar to Sander’s 2016 campaign. He was also recently endorsed by New York congressional candidate Alexandria Ocasio Cortez, who is set to campaign for him in Michigan this weekend, and filmmaker Michael Moore.

“Bold ideas like single-payer health care and tuition-free and debt-free college have been pushed to the forefront of our political conversation because of the work that (Sanders) has done in Michigan during his historic primary win in 2016,” El-Sayed said in a statement. “I look forward to carrying that mantle forward to solve problems for Michiganders as governor.”

Whitmer remains an odds on favorite for Democratic nomination. The East Lansing resident has locked up support from most labor unions that have traditionally propelled Democrats to primary wins. She is also backed by Detroit Mayor Mike Duggan and several congressional Democrats.

Thanedar, who like El-Sayed has positioned himself to Whitmer’s political left, has pumped nearly $6 million of his own money into the race and is flooding voters with television ads, billboards and mailers.

The Sanders endorsement will help El-Sayed rally his supporters, but it is unlikely to propel him to a win in the Democratic primary, said Metro Detroit pollster Ed Sarpolus. He noted many absentee voters have already cast ballots via mail.

“It means he has a longer future in politics with this endorsement,” Sarpolus said of El-Sayed.  “Things could tighten up, but right now the advantage is still Gretchen.”

It’s not yet clear if Sanders will campaign for El-Sayed in Michigan ahead of the Aug. 7 primary, as he’s done for some political candidates in other states. There’s “nothing to announce yet,” El-Sayed spokesman Adam Joseph said Wednesday evening.