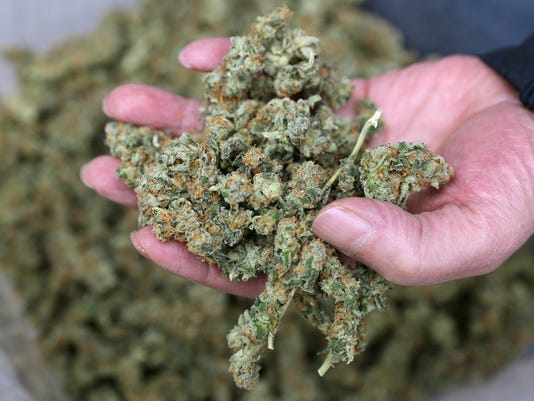 A man convicted of transporting nearly 600 pounds of marijuana inside a big rig in Arizona has been arrested in Michigan.(Photo: Associated Press)

Phoenix – A man convicted of transporting nearly 600 pounds of marijuana inside a big rig in Arizona has been arrested in Michigan.

Taylor now is awaiting extradition to Arizona for sentencing.

A Phoenix jury last week found Taylor guilty of conspiracy, illegally conducting an enterprise and transportation of marijuana for sale.

Taylor attended his trial this month, but failed to appear for the reading of the verdict.

He was charged in 2013 after Arizona state troopers stopped the semi-truck he was driving and found 13 duffel bags that held 25 bundles of marijuana.

Authorities say the total weight of the marijuana seized was 594 pounds.