Mich. nuclear plant to be sold to Florida company

Mich. nuclear plant to be sold to Florida company 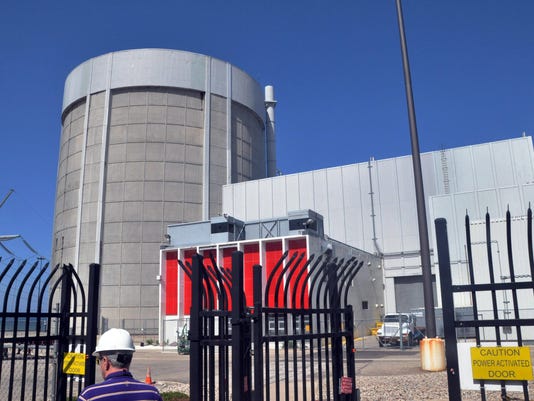 The Palisades Power Plant in Covert Township will be sold to another energy company, its owner said Wednesday.

New Orleans-based Entergy Corp. said it plans to sell the nuclear power plant to Holtec International to be decommissioned.

“Transferring our Pilgrim and Palisades plants to Holtec, with its vast experience and
innovative use of technology, will lead to their decommissioning faster than if they were to remain under Entergy’s ownership,” Entergy Chairman and CEO Leo
Denault said in a statement. “Earlier decommissioning benefits the surrounding communities.”

Entergy plans to shut down the Palisades nuclear plant in the spring of 2022 and then Holtec will take ownership of the plant after it's closed, pending regulatory approval.

The deal is subject to the U.S. Nuclear Regulatory Commission's approval of a license transfer.

The sale is part of Entergy's strategy to exit the wholesale energy market and move to become an electric utility company.

The Palisades Power Plant, which employs about 600, start generating electricity in 1971. The plant produces more than 800 megawatts of electricity, which is enough to power about 800,000 homes.

Entergy bought the plant from Jackson-based Consumers Energy in 2007.

Palisades’ original license was set to expire in 2011, but the Nuclear Regulatory Commission in 2007 granted the plant a 20-year extension that would have allowed it to continue operating until 2031, over the objections of many environmental groups.

In 2012, the federal government named Palisades — already one of the oldest nuclear facilities in the country — one of the worst power plants for safety performance. Palisades also had repeated closures for a variety of maintenance issues.