Detroit — Amor Ftouhi, a Tunisian national accused of stabbing a police officer during a terrorist attack at Bishop International Airport last summer, wants to move his terrorism trial to Detroit.

Ftouhi, 51, of Montreal does not want to stand trial in Flint due to pretrial publicity and the outpouring of community support for Bishop Airport police Lt. Jeff Neville, who survived the attack, according to court records.

"This case has received a great deal of publicity in Genesee County . . . ," Morgan wrote in a court filing Monday. "In addition to news media, there have been several events . . . which reflect the smaller community in the Flint area from that of a larger community such as Detroit."

She pointed to a fundraiser for Neville, a prayer service and community events for the injured airport lieutenant, including "Hero Night" at an area high school.

Federal prosecutors are fighting Ftouhi's request to move the trial, which is scheduled for Nov. 5 in federal court in Flint.

The Detroit jury pool draws prospective jurors from a nine-county region of approximately 5.3 million people, which is seven times the size of the Flint jury pool, Ftouhi's lawyer argued.

Such requests are almost never granted.

In 1987, U.S. District Judge Anna Diggs Taylor granted what's believed to be the only venue change in the Eastern District of Michigan in the case of Ronald Ebens, who was convicted of a civil rights violation in the death of Chinese-American Vincent Chin. 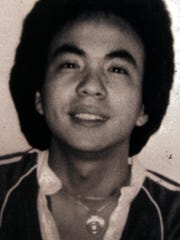 Taylor ruled Ebens did not get a fair trial in Detroit in what the government claimed was a racially motivated attack on Chin. Ebens was retried in Cincinnati, where he was acquitted by a jury.

Former Detroit Mayor Kwame Kilpatrick failed to have his racketeering trial moved from Detroit in 2012.

Ftouhi is facing three charges, including committing an act of terrorism transcending national boundaries, which is punishable by up to life in prison.

He entered the U.S. from Canada to kill government personnel last year, according to the government.

He tried unsuccessfully to buy a gun, bought a knife and used it on June 20, 2017, to stab Neville, according to court records.

Ftouhi later told investigators he was a “soldier of Allah” and that he subscribed to the ideology of al-Qaeda and Osama bin Laden.