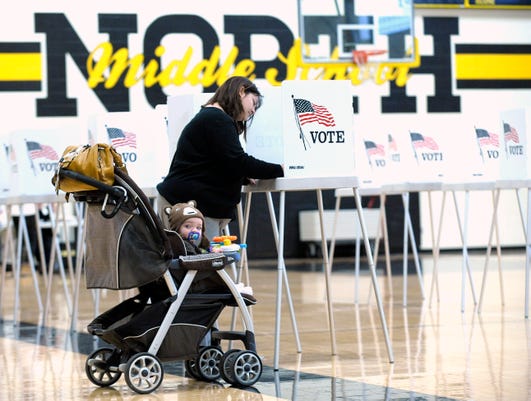 Lansing — Michigan must distill a lengthy proposal for an independent redistricting commission into a 100-word summary by the end of next week, the state Court of Appeals ordered Thursday in a win for backers seeking to avoid any potential delays before ballot printing.

The ruling requires Director of Elections Sally Williams to submit a summary of the proposal to the Board of State Canvassers by Aug. 28 for approval by Aug. 31.

The Voters Not Politicians campaign had requested the timeline to ensure the ballot language was finalized by a Sept. 7 ballot deadline, citing the potential for disputes over the language and a deadlock vote by the four-person board.

The Michigan Department of State, which oversees the Bureau of Elections, “will comply with the order,” spokesman Fred Woodhams said Thursday. It’s not immediately clear when the board could meet to discuss language.

The 100-word ballot summary is expected to be the next big fight over the proposal, which is heading to the ballot after the Michigan Supreme Court rejected a lawsuit claiming it was too broad to constitute an amendment to the state constitution.

The 13-member redistricting commission would be composed of four Democrats, four Republicans and five independent members who vow they are not affiliated with any major political party. The secretary of state would recruit and select the commission members.

Voters Not Politicians had been concerned canvassers would not take up the ballot language until hours before the ballot deadline on Sept. 7, which could limit the group’s ability to fight a potential deadlock in court.

Katie Fahey, executive director of the ballot committee, said Thursday’s order “affirmed the voices of the 425,000 Michigan citizens who signed the Voters Not Politicians petition to place Proposal 2 on the November ballot.”

Michigan law tasks the director of elections with drafting a summary and caption for each statewide ballot proposal. The state began soliciting suggested ballot language for the Voters Not Politicians measure and other proposals in early August.