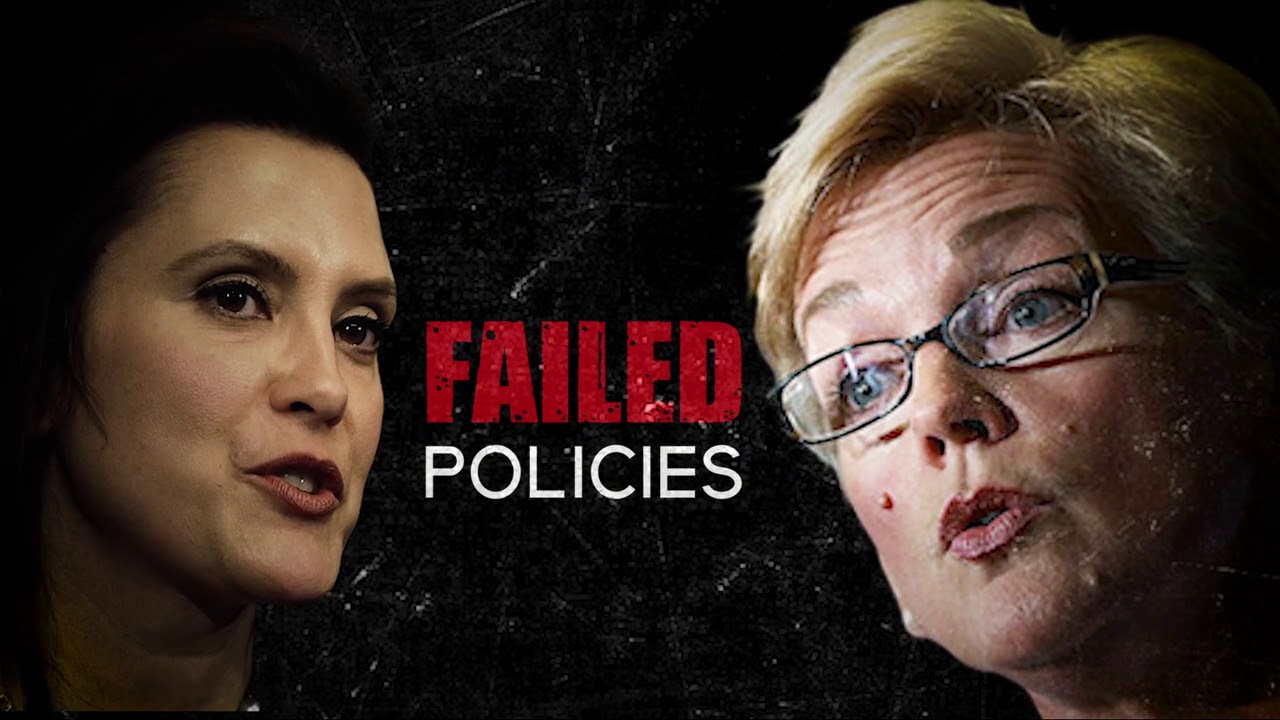 “I’m not going to get distracted by his superficial, you know, sexist barbs,” Whitmer said in an interview on WDET radio in Detroit. “I’m going to stay focused on the issues that matter to people.”

Whitmer’s comments were prompted by host Stephen Henderson, who said there may be substantive comparisons between Whitmer and Granholm because they’re both Democrats but suggested Schuette’s “tone” seems to focus on the fact they’re both women.

“So you’re picking up on that too, huh Stephen,” Whitmer said. “Bill Schuette seems to have some kind of sick obsession with Jennifer Granholm and that’s all he seems to talk about. I’m not running for governor to defend anyone else’s record.”

Schuette’s new running mate, Lisa Posthumus Lyons, on Wednesday accused Whitmer of using “gender politics” to pivot away from ties to Granholm, including her 2007 vote for the since-disbanded Michigan Business Tax that passed the GOP-led Senate 32-3 in its final form.

"It's about her record, not her gender, and she knows it,” Lyons said in a statement. “If Jennifer Granholm was a man she would still have had the same terrible policies that ran Michigan into the ground and Gretchen Whitmer still would have helped her do it.”

Whitmer served in the Legislature under Granholm, whose tenure was rocked by a stagnant economy in 2004-2005 ahead of the national Great Recession that hit the state from 2006-2009. She was elevated to Senate minority leader during the first term of GOP Gov. Rick Snyder.

Whitmer has pointed out she opposed some Granholm policies, including her move to spend School Aid Fund money on community colleges and universities instead of just K-12 schools, which continued under Snyder.

"Sen. Whitmer should stop hiding behind gender politics and take responsibility for her record during the Lost Decade,” Lyons said. “It certainly is something that voters should be aware of before considering handing the keys over to the Granholm team again."

Delegates voting on the Republican nominee should have the chance to “compare and contrast” the candidates, Guzman said in a press release Tuesday.

In a response posted to Facebook later that day, Treder Lang said she’s told delegates about her plans for election integrity while traveling across the state the past 11 months.

“Michigan delegates know where I have been and where I am going,” she wrote.

Guzman responded by saying Treder Lang should debate him before convention delegates and not merely by Facebook posts.

Democrat Abdul El-Sayed, a favorite of the progressive left who finished second in the Aug. 7 gubernatorial primary, plans to write a book about his experience and anticipates making another run for political office.

El-Sayed told The Detroit News his potential book will explore “where we are, from the perspective of a 33-year-old Muslim guy who decided to run for governor in Michigan, and what I learned and what I hope it means for the future of our politics.”

The former Detroit health department director is now backing Whitmer for governor and remains active in Michigan politics. He’s endorsing candidates and will introduce Democratic attorney general nominee Dana Nessel at a party convention this weekend as he considers his own plans for the future.

“I’ll be back,” said El-Sayed, who drew large crowds in the final weeks of his campaign when U.S. Sen.Bernie Sanders of Vermont endorsed him and rallied with him in Michigan.  “I do anticipate running again – for what and when, I’m not sure.”

While the national media touted his campaign as a test of progressive strength in the Democratic Party, El-Sayed cautioned against considering his loss a comment on the movement.

El-Sayed pointed to Rashida Tlaib’s win in the 13th Congressional District Democratic primary and said he would have had a better shot in the governor’s race if it weren’t for Ann Arbor entrepreneur Shri Thanedar, whom he accused of  “posing as a progressive and spending nearly $11 million to try to cannibalize my message.”

Nessel said she chose El-Sayed — along with Wayne County Prosecutor Kym Worthy — to deliver a nomination speech for her Sunday at the party convention because they align on many issues and she respects him.

“Of course, I am a huge supporter of our nominee, Gretchen Whitmer, but I also think they’re both incredible people, incredible parts of the Michigan Democratic Party," Nessel said.

“Idiots. Loser,” said the two-word email from Jones, a former Eaton County sheriff who is backing state Sen. Tonya Schuitmaker of Lawton in the attorney general race that GOP delegates will decide Saturday at a party convention.

Leonard shared the email on Facebook, suggesting his opposition had hit a “new low” even though he has worked to keep the campaign positive.

“It’s offensive and wrong,” Leonard said of the email. “Let me be clear: I will stand strong for supporters of our President and defend our grassroots any day. Attack me all you want, but attacking the grassroots is unacceptable.”

Jones stood by his email Wednesday, telling The News he thought an endorsement graphic Leonard posted on social media was "extremely misleading." The Trump Republicans PAC is not affiliated with Trump, but the endorsement graphic features a large photo of the president smiling and giving a thumbs up.

“Anybody can create a group nowadays and call yourself the Michigan Trump supporters,” Jones said. “The truth is Donald Trump has not endorsed Tom Leonard. He has endorsed Bill Schuette and (U.S. Senate candidate) John James.”