Pence set to return to Michigan to raise money for James

A White House official said Pence will be at a Metro Detroit country club to raise money for John James, the Republican U.S. Senate candidate

Pence set to return to Michigan to raise money for James 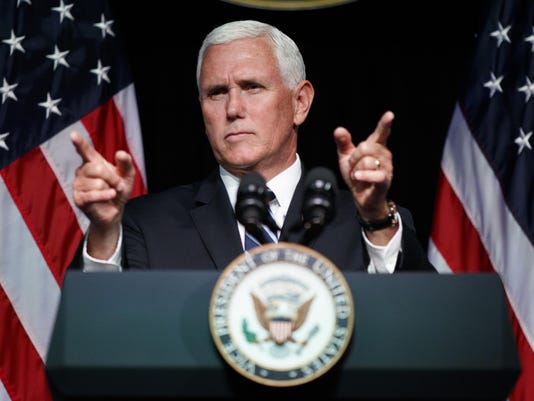 Vice President Mike Pence gestures during an event on the creation of a U. S. Space Force, Aug. 9, 2018, at the Pentagon.(Photo: Evan Vucci / AP)

Vice President Mike Pence is scheduled Wednesday to return to Michigan for the second time this month to campaign for Republican candidate John James in his bid to upset Democratic U.S. Sen. Debbie Stabenow.

A White House official confirmed that Pence will be in West Bloomfield Township at the Shenandoah Country Club for the sole purpose of raising money for James, a Farmington Hills military veteran and businessman.

Although polls have shown Stabenow with a double-digit lead, Michigan Republicans see James' background as an African-American businessman and military veteran as a compelling story that will resonate with voters in the fall.

Pence, the former governor of Indiana, is expected to deliver remarks Wednesday afternoon at the event after flying into Oakland County International Airport. James and his wife Elizabeth will be attending and James is to introduce the vice president.

This will be Pence's seventh visit to Michigan as vice president in less than two years and his third fundraising event this election cycle. He did a March fundraiser in Detroit for GOP U.S. House members, including Rep. Mike Bishop of Rochester, and a June fundraiser for Michigan Republican gubernatorial nominee Bill Schuette.

"Vice President Pence's coming to Michigan to raise money for John James is one of many signs that there is tremendous excitement that John James can win this Senate race," said Tori Sachs, James' campaign manager. "Debbie Stabenow is in for the fight of her political life and she knows it, and it's why so many in Michigan and across the country are supporting John James."

James, 37, faces an uphill battle against Stabenow, the 66-year-old incumbent who is seeking a fourth six-year term. She holds a major cash advantage with $6.27 million in the bank as of July 18 compared with James' nearly $869,000.

Stabenow has spent another $3.2 million to reserve television air time for the last four weeks before Election Day. 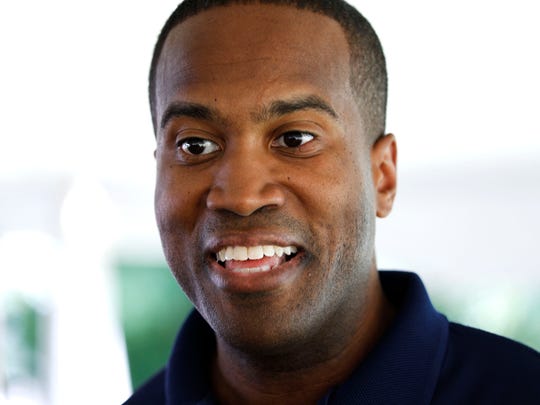 "When he voted against saving the auto industry, Mike Pence kicked us when we were down," senator tweeted Tuesday. "Now John James is buddying up to him to raise money. That's wrong. Michigan needs a senator who puts Michigan first, not Donald Trump and Mike Pence."

James becomes the first black Republican to advance to a high-profile general election contest since William Lucas ran for governor in 1986. If James were to beat Stabenow, he would be the second black Republican to serve in the Senate, joining Tim Scott, R-South Carolina.

Pence also endorsed James via Twitter, and the two have taken Twitter selfies together at various Republican campaign events.

The vice president attended a GOP "Unity" rally in Grand Rapids a day after the August primary to stump for both James and Attorney General Bill Schuette, the Midland Republican who is running for governor against Democrat Gretchen Whitmer.