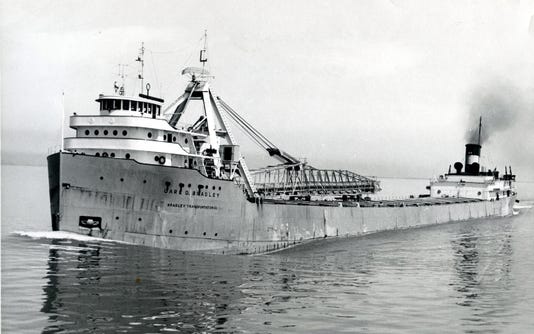 Detroit — Sixty years after the sinking of the Carl D. Bradley in Lake Michigan, its lone survivor still remembers the tragedy like it was yesterday.

About 50 people gathered Saturday at the Dossin Great Lakes Museum Saturday to learn about significant maritime disasters. The Bradley is remembered by historians as the highest loss of crew members in the Great Lakes.

On Nov. 18, 1958, the 638-foot-bulk-carrier departed Gary, Indiana making one last run to Rogers City, Michigan. En route, it was hit by a large storm with 40-foot-high waves and sank in Lake Michigan, less than 12 miles from Gull Island.

Aboard were 35 crewmen, only two survived. Only 18 bodies were recovered. Historians say 23 of the sailors were from Rogers City and the shipwreck devastated the town.

Frank Mays, the lone remaining survivor, is now 86 and says he could never forget those 15 hours stuck with his first mate, Elmer Fleming waiting to be rescued.

"I was a deck watch, 26 at the time. Elmer and I were both fully dressed in warm clothes when it sank," he said. "Some people were lying in their bunks and only had time to grab a lifejacket before we hit 38-degree water."

Mays and Elmer were stuck in the water for 15 hours and Mays said he just kept repeating "If we make it till daylight, we'll be fine." 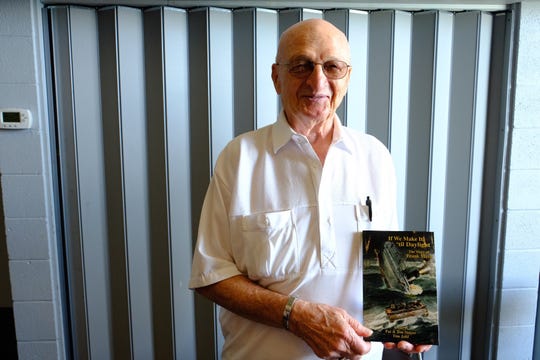 Frank Mays and his book, "If We Make it 'till Daylight." (Photo: Sarah Rahal, The Detroit News)

"We held onto a life raft and talked as much as we could and tried not to fall asleep," said Mays, who lives in Bay City, Florida. "When another ship found us in the morning, we were covered in ice and doctors said we only had about a half hour left because our bodies were shutting down."

He says they started with four men on the raft, but only two made it until daylight. Elmer died in 1969.

After Mays' wife died in 1998, he continued his passion of studying world history and has traveled to more than 80 countries. He joined the Peace Corps when he was 68 and continues to travel. He shares his detailed story in his book, "If We Make It ’till Daylight."

Mac McAdam, a historian with the Great Lakes Maritime Institute, studied the wrecks and said 83 ships have been found or recovered with a total of 331 lives lost in the Great Lakes.

"When we add up statistics, the Bradley stands as the single ship with most lives lost," he said. "We've lost 83 ships, many also went unreported... and when a ship sank, they would often leave it underwater... there's a lot we don't know." 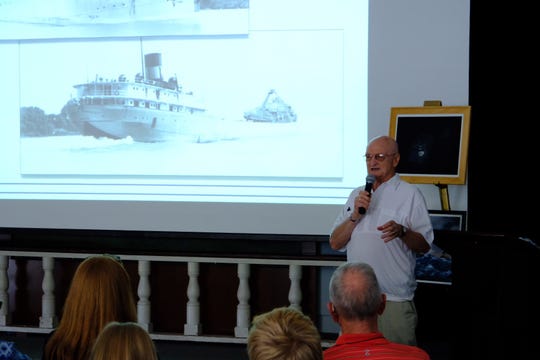 Frank Mays sharing his tale as the lone survivor of The Bradley after the sinking in 1958. (Photo: Sarah Rahal, The Detroit News)