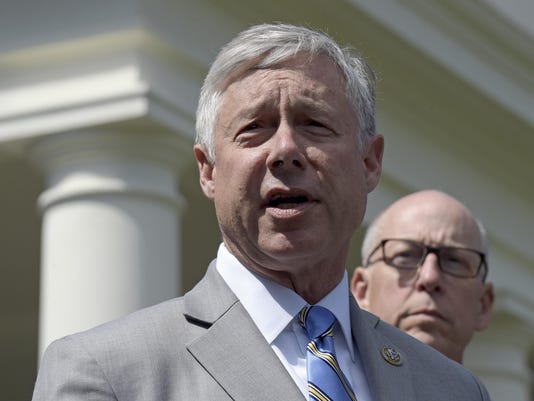 The Congressional Leadership Fund, which has a field office in Upton's 6th District, said the reservations are part of a $13 million round of television advertising reservations for the fall, bringing its total to $85 million.

Upton faces Democrat Matt Longjohn of Portage in November. The district is among those Democrats have targeted to flip in the midterm elections.

Upton, who took office in 1987, chaired the influential House Energy & Commerce Committee until he termed out in 2016.

Schuette, a Republican who is endorsed by President Donald Trump and previously called Kavanaugh’s nomination a “home run,” spoke on the Supreme Court controversy after reports surfaced that a second woman is accusing Kavanaugh of wrongdoing decades earlier without corroborating witnesses.

“I’m going to let the United States Senate determine this,” Schuette said when asked about the allegations. “There should be a hearing and then a vote. Have a hearing, let every voice be heard, and then the senators should vote.” 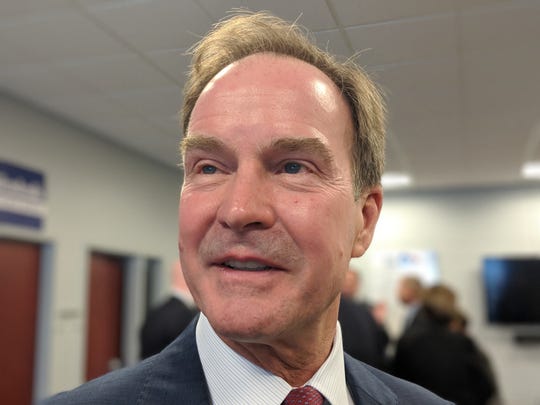 Schuette declined to weigh in on the allegations themselves, repeatedly telling reporters senators should hear testimony on the accusations “and then go and vote up or down.”

Kavanaugh and one of his accusers, Christine Blasey Ford, are set to testify Thursday before the Senate Judiciary Committee.

Democrats have called on Schuette to drop his support for Kavanaugh, pointing to his claim to be a “voice for victims” as the state’s sitting attorney general.

“He needs to side with survivors, stand up to the Republican chaos in Washington, and drop his support for Brett Kavanaugh immediately,” Michigan Democratic Chairman Brandon Dillon said in a statement.

“I’m a big fan of hers and a friend,” Bush said Monday in DeVos’ hometown of Grand Rapids after speaking at the West Michigan Policy Forum.

“Education policy is really state-driven,” he said. “Legislatures and governors drive the policies and their implemented at the local level. We have a Secretary of Education that really gets that.”

Bush is the founder and chairman of the Foundation for Excellence in Education, whose nonprofit board DeVos previously sat on. They’re both school choice advocates and have worked together on reform efforts.

“She’s a strong advocate of a bottom-up approach to this and empowering parents,” Bush said. “I think she’s done a great job on that. The people in the reform community aren’t asking for the federal government to do much but get out of the way.”

El-Sayed on Tuesday launched Southpaw Michigan, a “progressive” political action committee that aims to “organize for down ballot candidates and causes” ahead of the November election and beyond. 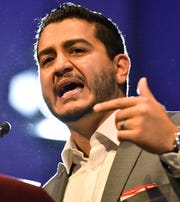 El-Sayed announced the PAC in an interview with POLITICO, saying he wanted to build on momentum from his own campaign, which peaked late with visits from U.S. Sen. Bernie Sanders of Vermont and New York congressional candidate Alexandria Ocasio-Cortez.

“That energy did not go away with the conclusion of our campaign. In fact, it’s grown: Michiganders are ready to take back our politics and build a more just, equitable, and sustainable future for our children,” El-Sayed said in a statement.