Through a statement issued by a Fla. public relations firm, countertenor David Daniels said the allegations him are both false and malicious 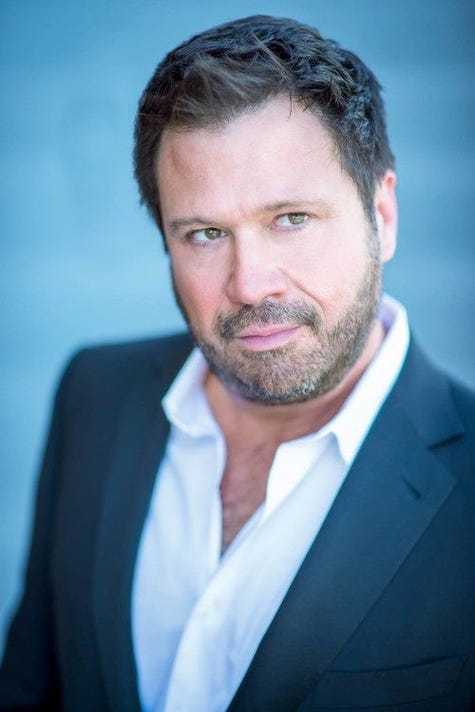 A renowned opera singer and University of Michigan professor on Wednesday denied allegations that he sexually assaulted and harassed a UM graduate student.

Through a statement issued by a Florida public relations firm, countertenor David Daniels said the allegations against him are both false and malicious.

"I have never had a physical relationship with the individual mentioned in this complaint. The events alleged here never happened and I intend to defend my reputation," the statement said.

"I am an openly gay man who has been married to a wonderful partner for the past four years. It pains me that someone, for reasons that I cannot fathom, would attempt to destroy my career, the program at Michigan and all that I hold dear."

Lipian also alleges the school failed to enforce its policies against such conduct.

The suit alleges that Daniels invited Lipian to his apartment on March 24, 2017, served him several drinks of bourbon, gave him the sleep medication Ambien and touched his genitals.

A short time later, Daniels told Lipian he would likely receive a fellowship covering his two years of master's degree studies and offered to help in "opening doors" for him in his career.

According to the suit, a faculty member became aware of the alleged sexual assault and reported it to the UM Office of Institutional Equity, but Lipian had not been contacted by the office at the time it was filed.

"The University was deliberately indifferent to the actions of Daniels," the suit says. "Defendant University knew, or should have known, of Daniels predilection to seek sex from students, and/or create a hostile environment based on sex."

It's not the first alleged incident of sexual misconduct involving Daniels.

Daniels took a leave of absence for this fall amid claims he and his partner sexually assaulted a performer nearly a decade ago, UM officials confirmed in August.

"Shortly after allegations about Professor Daniels from years earlier in another state were shared publicly, the university made a statement, Aug. 22, that Professor Daniels had agreed to take a leave of absence and would not be teaching at UM this fall," university spokesman Rick Fitzgerald said last week in an email responding to the lawsuit.

Daniels and his partner, Scott Walters, were accused of raping singer Samuel Schultz after a performance at the Houston Grand Opera in May 2010.

Reached in August, Daniels said: “I deny all allegations as they are completely false.” He declined to comment further.

His partner, Scott Walters, who is listed as affiliated with the Out Loud Chorus, a mixed LGBTQ choir in Washtenaw County, said in an email: "The only comment we have at this time is the allegations are false."

Shortly after those allegations became public, a 19-year-old man accused Daniels of asking for a sex act in exchange for money, according to the lawsuit.

Daniels, who earned a master’s degree from UM in 1992, has appeared with major opera companies around the world and made history as the first countertenor to give a solo recital in the main auditorium of Carnegie Hall, according to his website. He has also performed in Ann Arbor and at the Detroit Opera House.

The lawsuit comes as UM President Mark Schlissel announced in September a new awareness campaign to address sexual misconduct and educate the entire UM community — including UM-Dearborn, UM-Flint and Michigan Medicine — along with the development of training for faculty and staff.

In a report last week, UM said complaints of sexual misconduct involving faculty, staff and third parties spiked from 90 in 2016 to 235 last year.