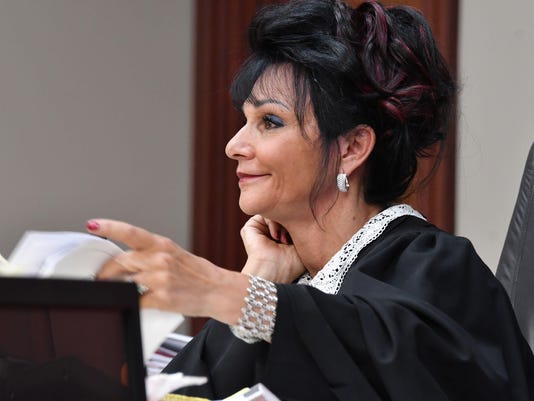 Lansing – A Lansing-area judge who has become a celebrity after sending sports doctor Larry Nassar to prison has failed to revive her lawsuit against a sheriff.

In 2016, Judge Rosemarie Aquilina said her rights were violated when she was investigated for allowing a newspaper reporter to watch and record a courtroom security video. The video showed a man trying to attack a prosecutor.

Aquilina sued then-Sheriff Gene Wriggelsworth, claiming she was a victim of retaliation for exercising free-speech rights. But an appeals court on Monday said Aquilina has “produced no evidence” for a jury to draw that conclusion.

Aquilina sent Nassar to prison for assaulting women and girls. She recently was named Glamour Woman of the Year by Glamour magazine. In July, Nassar’s victims honored her during the ESPY awards.