Legislation would deregulate a large number of smaller wetlands, streams and inland lakes. 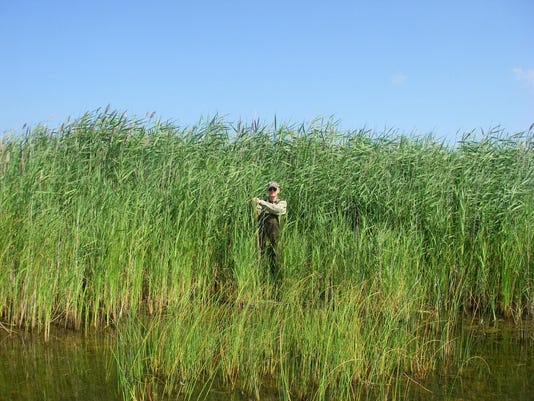 The Senate Natural Resources Committee on Tuesday approved legislation that would redefine wetlands and limit oversight by Michigan Department of Environmental Quality on waterways that cover less than five acres.

The bill is “about the little guy, the property owner who wants to put a garage up,” said Sen. Tom Casperson, an Escanaba Republican who claims state regulators have been abusing overly broad authority to hassle and impose fines on property owners who unknowingly run afoul of wetlands rules.

But critics noted the legislation includes an industry-specific exemption allowing mining and logging operations to take “fill material” for road maintenance from wetlands that would otherwise be regulated by the state. Casperson is a former logging trucker.

A new version of the bill adopted Tuesday would maintain state protections for wetlands over five acres, scaling back Casperson’s initial proposal to deregulate wetlands up to 10 acres in size, which could have impacted 70,000 wetlands across the state.

But other provisions in the revised bill mean “thousands of lakes, and hundreds of thousands of wetlands are all going to be at risk from the same pressures of development, dredging and filling,” said Tom Zimnicki of the Michigan Environmental Council.

In describing which waterways the state can protect, the revised legislation defines a stream as a body with a “continued flow of water.” But “the vast majority” of streams in Michigan don’t have continuous flow year-round, Zimnicki said.

Casperson said his legislation was inspired by complaints from residents in his district, including an 82-year-old couple he said the state fined $6,000 for using wetlands fill for a sugar maple stand beside their house.

“It’s just crush, kill and destroy when it comes to a little frog pond next to somebody’s house and no development whatsoever,” Casperson said.

The term-limited Republican, who chairs the Senate Natural Resources Committee and has often feuded with environmental groups, said the bill would better define what a wetland is to limit “discretion” by state regulators.

The Michigan Department of Environmental Quality regulates state wetland under an agreement with the federal government, which technically has oversight. Environmental groups contend the bill could jeopardize that arrangement, but Casperson said he is confident the Environmental Protection Agency will support the plan.

Casperson said his proposal was inspired by multiple disputes between landowners and state regulators.

“I’m protecting my citizens who have been attacked by the government,” he said.

The DEQ does not have a position on the legislation but raised several concerns with an earlier version of the bill, which would have deregulated wetlands up to 10 acres.

The initial draft could have impacted 70,000 acres of wetlands across the state, and up to half the wetlands in many counties, according to Aaron Keatley, chief deputy director for the state environmental department.

“We’re still going through the bill” to analyze the latest version, Keatley said Tuesday. “There will be a point when it gets in the House where they’ll be known substance that we can talk about.”

Casperson's wetlands bill cleared the Senate in a 23-14 vote and now heads to the Michigan House for consideration. Republican Sens. Margaret O’Brien of Portage, Tory Rocca of Sterling Heights and Dale Zorn of Ida voted against the measure, joining all 11 Democrats.

Another bill approved by the Senate would modify cleanup rules for sites contaminated with toxic and harmful chemicals, which supporters say would help landowners get problematic property back on the local tax rolls.

The bill would require the state environmental department to use toxicity values from the EPA’s integrated risk information system, but those values are not often updated and would not allow the state to use the “best available science,” argued James Clift, policy director for the Michigan Environmental Council.