Archbishop to meet with grieving family after funeral remarks

The Archdiocese of Detroit has stopped Rev. Don LaCuesta, pastor at Our Lady of Mt. Carmel Catholic Church in Temperance, from servicing funerals.

Archbishop to meet with grieving family after funeral remarks 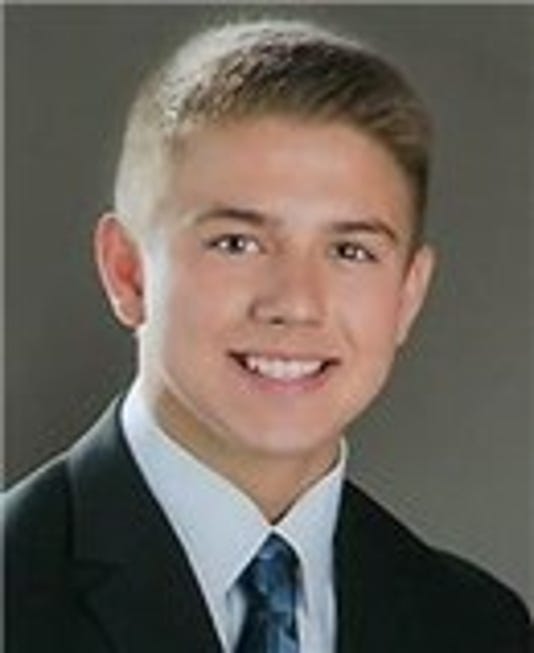 After a funeral homily that "was unable to bring comfort" to the family of a Monroe County teen who committed suicide, the Archdiocese of Detroit has pulled the priest from services and funerals, and Archbishop Allen Vigneron will be offering an in-person apology to the family.

The Archdiocese of Detroit has stopped the Rev. Don LaCuesta, pastor at Our Lady of Mt. Carmel Catholic Church in Temperance, from servicing funerals after he oversaw a ceremony for Maison Hullibarger on Dec. 8.

The Archdiocese in a statement released Monday expressed "regrets that one of its parish priests was unable to bring comfort to a grieving family at the recent funeral of their beloved son."

The statement went on to say Vigneron spoke with the family to apologize and that the family accepted an in-person meeting with him in the near future.

The priest was “standing up there calling our son a sinner," father Jeff Hullibarger said last week in an interview with WDIV-TV (Channel 4). "He wondered if there was enough repentance on our son's part just so that he would make it into heaven."

Linda Hullibarger added in the interview:  "I was just in disbelief. I mean, I even felt more sick to my stomach because …it's like he was crucifying my son."

Early in to the four-page homily posted on the Archdiocese of Detroit website, LaCuesta said "there is hope in eternity, even for those who take their own lives."

"Having said that," LaCuesta continued, "I think we must not call what is bad good, what is wrong right. Because we are Christians, we must say what we know is the truth — that taking your own life is against God who made us and against everyone who loves us. Our lives are not our own. They are not ours to do with as we please. God gave us life, and we are to be good stewards for that gift as long as God permits."

LaCuesta does go on to say that God can forgive "even the taking of one's own life," that "because of the all-embracing sacrifice of Christ on the cross, God can have mercy on any sin," including suicide.

The homily ended with LaCuesta exhorting those in attendance to "raise high the bright light of our redeemer and proclaim his saving mercy."

But the homily did not land well with Hullibarger's parents, who told TV networks that they asked LaCuesta to not join them at their son's burial at Bedford Memorial Cemetery.

On Friday, LaCuesta did not respond to a request for comment.

Representatives acknowledged LaCuesta referenced the Catechism of the Catholic Church, which has a section addressing suicide.

In it, the act is described as “contrary to love for the living God” and if “committed with the intention of setting an example, especially to the young… takes on the gravity of scandal.” However, “grave psychological disturbances, anguish, or grave fear of hardship, suffering, or torture can diminish the responsibility of the one committing suicide.”

Still, the Temperance priest’s choice to speak out at the funeral instead of considering the family's wishes “is so insensitive,” said the Rev. Charles Rubey, founder and director of Loving Outreach to Survivors of Suicide, a group under the Catholic Charities of the Archdiocese of Chicago. “We all rely on the mercy and the forgiveness of God. … God judges us negatively when we act out of malice. This man was not acting out of malice. He was acting out of desperation.”

Since other Catholic priests have also failed to comfort grieving families of suicide victims when relying on church teachings, Rubey applauded the archdiocesan efforts to help LaCuesta address the subject more sensitively.

“Hopefully the priest will get an updating understanding on mental illness and suicide,” he said. “This is damaging and he should be called on that.”

Meanwhile, supporters have raised more than $22,500 as of Tuesday through a GoFundMe campaign to cover Hullibarger's burial costs.

"So very sorry for your incredible loss. Your son is welcomed in Heaven with open arms and with God’s love surrounding and enfolding him," one donor wrote on the website. "God is love and there is nothing but love. Please know you are all in our hearts."