Nancy Schlichting will serve the rest of Perles' term, which expires Jan. 1, 2023. 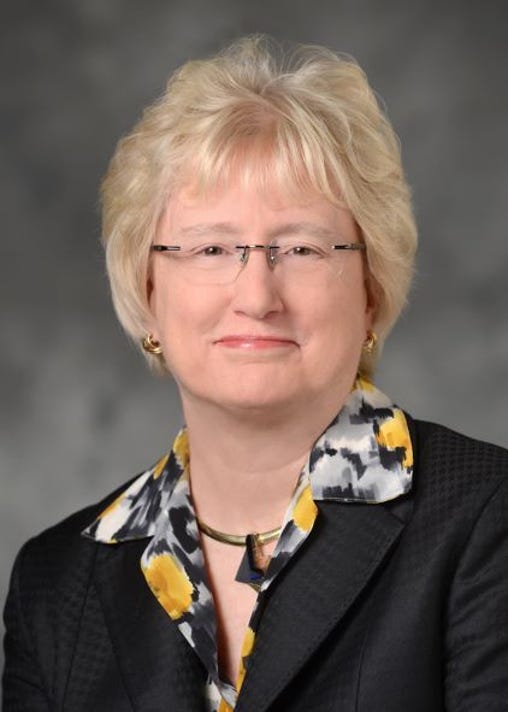 Nancy Schlichting will serve the rest of Perles' term, which expires Jan. 1, 2023.

A news release announcing the appointment described her as "an expert in quality management, having helped lead HFHS through dramatic financial turnaround while continuing award-winning patient safety, customer service, and diversity initiatives."

“I am confident that with Nancy’s experience and expertise, she is the right person to help shape MSU’s future because she can be a catalyst for change in culture to ensure students have the best possible learning environment at this outstanding university,” Snyder said.

When voters elected President Donald Trump in 2016, his transition team interviewed Schlichting in New York City for secretary of the Department of Veterans Affairs.

Brian Mosallam, an MSU trustee, posted a statement on Twitter, saying that he has been frustrated in his efforts to restore the confidence lost in the university following the Larry Nassar sex abuse scandal, but he is hopeful that starting next month, the board can push for change.

Mosallam and current trustee Dianne Byrum were the only members to support a motion in June calling for Engler's removal.

"I believe with the addition of trustees-elect Kelly Tebay and Brianna Scott joining the board we now have four votes, and if Governor Snyder's appointee Nancy Schlichting joins us, we can start doing this right and seek answers and justice for our survivors," Mosallam wrote.

Perles, the former MSU athletic director, football coach and longtime Board of Trustees member, stepped down because of his growing battle with Parkinson's disease.

Perles is a Democrat, but the timing of his resignation allowed Snyder, a Republican, to appoint his replacement instead of Democratic Gov.-elect Gretchen Whitmer, who takes office in January.

Many had hoped that Snyder might appoint a victim of Larry Nassar, the serial pedophile and former MSU doctor whose crimes, conviction and aftermath are still reverberating in the Michigan State community.

"Does she have a position on reinstating the MSU Healing Assistance Fund," the activist group Reclaim MSU, posted on Twitter.

The Healing Fund is a $10 million fund established a year ago to help with counseling for Nassar's sexual abuse victims and their families.

But it was shuttered in July after six months after a fraud investigation launched and then rolled into a $500 million court settlement earlier this month.

On Sunday, Kathy Haselmaier, a Michigan Technological University alumna who lives in Colorado, posted an online appeal demanding that Michigan State reopen the fund and nearly 1,500 people signed it.

"Hopefully new MSU Trustee Nancy Schlichting will join 4 other MSU Trustees, @AquiRosemarie, and many others in calling for the reinstatement (or replacement) of the MSU Healing Assistance Fund!" Haselmaier tweeted.