Police say the 66-year-old victim's death started with a fight with his son, 30. The victim's wife and suspect's mother witnessed the alleged assault 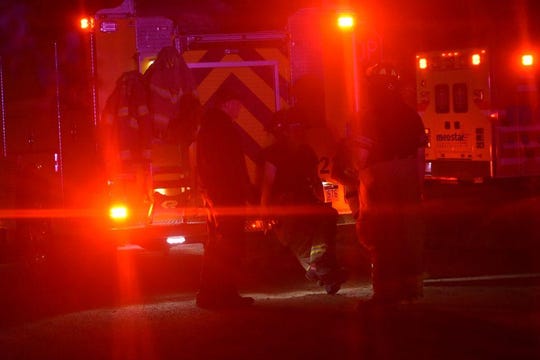 It was just before 8:10 p.m. when police responded to a 911 call from a woman on the 700 block of Watershed Drive. The area is north of Geddes and east of Huron Parkway. The 911 call came from the alleged victim's wife and the suspect's mother, police said.

EMS arrived and took over the man's care, but he died at the home. On Tuesday, Metzer identified the victim as Michael Krause. Autopsy results indicate he died as the result of blunt force trauma and strangulation. His death was ruled a homicide.

The homicide started with a confrontation of some sort between the two men that became physical. The exact circumstances leading up to the assault aren't immediately known. The victim's wife witnessed the attack and called 911 "due to the aggressive nature of the assault," Metzer said.

Metzer declined to say if a weapon had been recovered.

The suspect is expected to be arraigned at 1 p.m. Tuesday at Ann Arbor's 15th District Court. Police declined to identify the suspect prior to his arraignment.