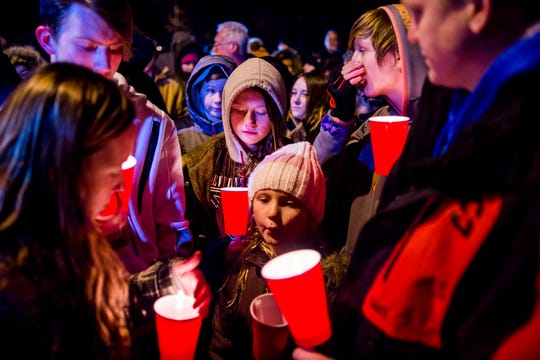 Makenzie Craven, 10, of Imlay City, bows her head Tuesday night alongside her family as she commemorates the lives of several children who died in a Tuesday morning fire at a mobile home park Imlay City. (Photo: Jake May, AP)

The chaotic scene of a mobile home fire Tuesday that killed four children and injured their parents and another sibling has left the community, including first-responders, shaken, authorities said.

"It's the most tragic thing I've seen in my career," said Imlay City fire Chief Rick Horton. "And I've been doing this for 38 years."

Horton described the desperate efforts to reach the family, some of whom were found in a back bedroom of their mobile home and others in cribs and another bedroom at the front of the home as the fire raged.

Horton said firefighters worked to rescue the family members by hoisting each other up  through one of the windows as the flames leaped from the home. Once inside, firefighters grabbed members of the family and handed them through the window to first-responders outside.

Horton said the scene and aftermath of the fire shook the public safety officers involved in rescue attempts. The community, too, rallied around the family Tuesday, holding a vigil and setting up GoFundMe fundraisers to help the family recover and handle funeral expenses.

Keyairah's siblings Keyanna, 3, Keyondre, 5, and Keith, 6, who perished in the fire, died of smoke inhalation, Pike said. The fire began around 3:05 a.m. Tuesday and consumed the family's mobile home in the 2000 block of South Almont, police said.

The children's parents, identified Wednesday as Krystal Whitney, 29, and Keith Kelley, 42, and 19-month-old Keyshawn were injured in the fire. Whitney was hospitalized at Lapeer McLaren Hospitaland was in stable condition with severe burns to more than 20 percent of her body, police said Wednesday. Kelley remained in critical condition with extensive severe burns and was unconscious at Hurley Hospital Keyshawn has severe burns to his back. 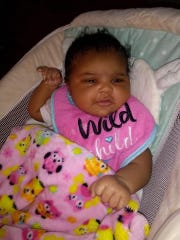 Pike said an investigation continued into the cause of the fire. It wasn't clear Wednesday if there were working fire detectors in the home, Pike said. 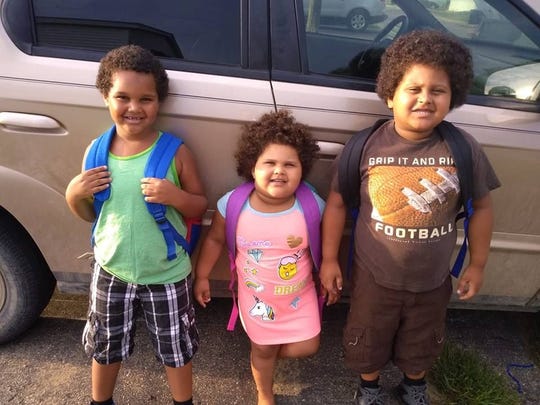 Firefighters found the 3-year-old and the 5-year-old sleeping in a bedroom with their father at the back of the home, Horton said. The two youngest children were found in cribs and the 6-year-old was in a bedroom at the front of the home.

Pike praised the firefighters, his police officers and other first-responders who were involved in the rescue and fire fighting. 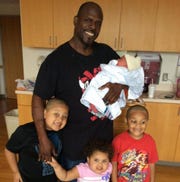 Keith Kelley and four of his children. (Photo: GoFundMe)

"You have no idea of the heroism, especially of the firefighters," he said. "They threw one of their guys through a window to get to the kids."

Jessica Shimmell, who has known Whitney for 16 years, launched a GoFundMe page to aid the family's recovery. By Wednesday, the page had raised $17,000. 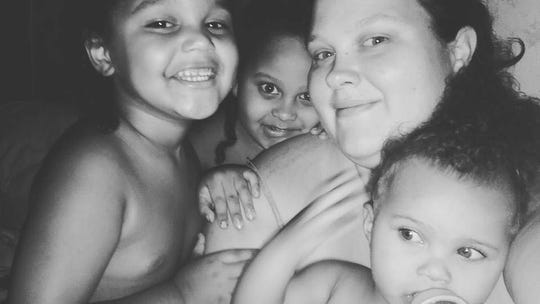 Pike said a number of GoFundMe pages had  been started in the family's name, but he preferred that people make to donations to a fund the family set up at the Imlay City branch of Lakestone Bank & Trust at 1875 S. Cedar St. Donors can call (810) 724-4652 for details.

He said St. Paul's Lutheran Church is collecting clothing and goods for the family. Donations can be dropped off at the church at 200 North Cedar Street. Call (810) 724-1200.