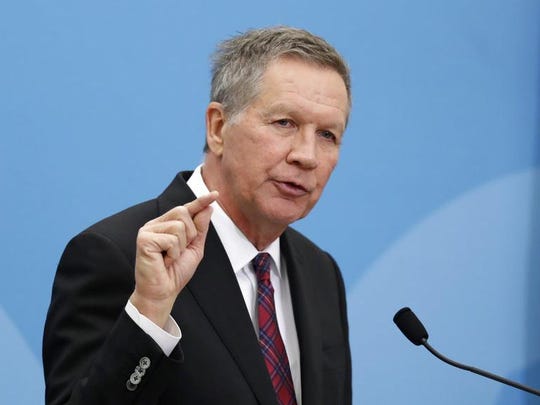 Former Ohio Gov. John Kasich, a Republican critic of President Donald Trump, is set to be the keynote speaker at this year’s Mackinac Policy Conference and talk about the "current national political climate," the Detroit Regional Chamber said Thursday.

The chamber-sponsored conference at the Grand Hotel on Mackinac Island has been promoting the theme of "restoring civility in American politics" during the past few years.

Trump, who is scheduled to hold a campaign rally next Thursday in Grand Rapids, is known for his brashness and attacks on political opponents.

Kasich is scheduled to speak May 30 at the annual Mackinac conference, which is traditionally attended by business professionals, Michigan and national lawmakers, as well as entrepreneurs during the last week of May.

Currently a CNN political commentator, Kasich finished third in the 2016 Michigan GOP presidential primary that the president won and is considered a possible candidate in the 2020 primaries.