MuslimARC, Sapelo Square and ISPU among more than 20 nationwide foundation selected to receive some $625,000 to elevate initiatives 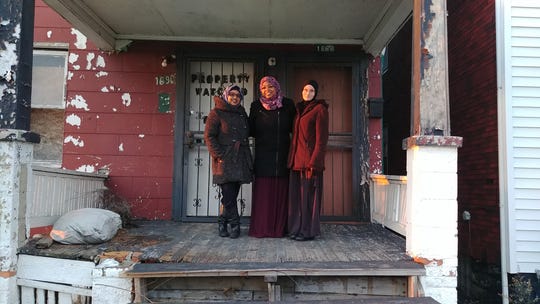 Since its launch five years ago, the Muslim Anti-Racism Collaborative has worked to provide education and resources to advance racial justice.

And in recent months, the nonprofit based both in southeast Michigan and Los Angeles has fielded more requests from groups and professionals across the country for its sessions on addressing issues such as Islamophobia.

The group now is moving ahead with plans to expand the programming while also renovating a house in Detroit to serve as its headquarters.

“This work has always been important, but now it’s just heightened the need for internal development and bridge-building because the threats we face are stronger now,” executive director Namira Islam said. “We need to have some level of educational intervention … to face some of the hate that exists.”

Those efforts are gaining a boost through a $30,000 grant it recently earned from Pillars Fund, a Chicago-based foundation that works to support and invest in partners addressing the needs of American Muslims.

It’s among three groups with Michigan ties, and more than 20 nationwide, selected to receive some $625,000 to elevate initiatives in areas such as political advocacy, health, education and the arts.

“We know that no one organization can tackle these challenges alone,” said Kalia Abiade, Pillars' programs director. “We are excited to work closely with each of our grantees to advance a shared vision of equity, creativity, and opportunity for American Muslims and for society as a whole.”

Pillars fielded more than 200 letters of inquiry from prospective grantees during the 2018-19 grant cycle, leaders reported.

Among them was Sapelo Square, an online hub for stories, movements and developments affecting African American Muslims launched in 2015. Its senior editor is Su’ad Abdul Khabeer, an associate professor at the University of Michigan who directs its Arab and Muslim American studies program.

The grant helps support Sapelo’s core programming and content that includes daily reflections on the Quran during the holy month of Ramadan as well as presenting factoids on black Muslims, she said.  "We’ve been able to reach people all over the world, but we want to grow and reach more. This will help us with that."

Finding a wide audience and shifting narratives have also been goals at another Michigan grantee, the Institute for Social Policy and Understanding. Launched after the Sept. 11, 2001, terrorist attacks, the nonprofit with offices in Dearborn and Washington, D.C. conducts research and raises awareness to better inform the public as well as policymakers, media professionals, advocates, activists and others.

Among other efforts, the institute conducts an annual poll to measure attitudes and policy preferences that impact U.S. Muslims. It also recently led a journalist workshop in Chicago, joined a Macomb County panel on combating religious-based bullying in schools and plans to offer a course for teachers to help them understand Muslim communities, executive director Meira Neggaz said.

“Right now this work is extremely critical,” she said. “We are replacing fear with facts and providing people an underpinning of fact when there isn’t a lot of that out there.”

MuslimARC also aims to influence others through its work, which includes focusing on solutions to advance racial equity, address social disparities and amplify the voices of marginalized groups.

They have produced online toolkits to address topics such as police brutality, consulted with groups to build more inclusive practices and offered anti-racism training at places such as Wayne State University, Islam said.

The Pillars grant will help “efficiently deliver our programming as well as be as cutting edge as possible and implement some of the best practices around,” she said. “We’ll be able to focus on being the best we can be.”