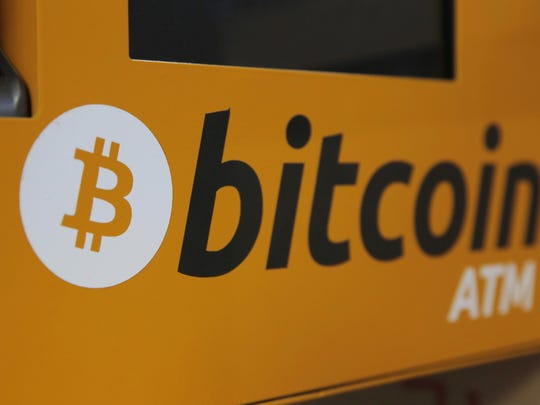 Google says it is going to ban advertisements for cryptocurrencies such as bitcoin, as well as related content like trading advice and cryptocurrency wallets. (Photo: Kin Cheung / AP)

The six-bill package does not prescribe new penalties for those crimes but gives prosecutors additional tools in cases that involve cryptocurrencies or distributed ledger technologies.

Sponsoring lawmakers describe it as consumer protection plan that would update Michigan laws to apply to advanced technologies.

“As Michiganders get involved, we just want to make sure we have laws in place that protect their finances so that people aren’t able to steal their money away from them or fraudulently get them involved in anything,” said Rep. Vanessa Guerra, D-Saginaw, who worked on similar legislation last term.

Bitcoin, the most popular cryptocurrency, is a form of electronic cash that can be transferred to another user without a central bank. Blockchain acts as a sort of virtual wallet that is generally resistant to attacks.

Critics have warned consumers about the volatility of cryptocurrencies, arguing a dollar holds its value from day to day but Bitcoin can't hold a stable value from hour to hour.

The legislation would define cryptocurrency as a “digital currency in which encryption techniques are used to regulate the generation of units of currency and verify the transfer of funds, and that operates independently of a central bank.”

It would define distributed ledger technologies like blockchain as “a distributed, decentralized, shared, and replicated ledger, whether use of the ledger is public or private, permissioned or permissionless, and that may include the use of electronic currencies or electronic tokens as a medium of electronic exchange.”

The bills would add references to those technologies in existing laws governing the use of credit cards and prohibitions on racketeering criminal enterprises, embezzlement, forgery, dog fighting winnings, counterfeiting and money laundering.

State Rep. Ryan Berman, R-Commerce Township, said the legislation was partially inspired by a dog fighting ring case in which the ringleader was prosecuted but not individual participants who had placed bets using cryptocurrency.

“Some of this technology didn’t exist five, 10 or 20 years ago, and we have these laws on the books, some of them stemming back to the early 1900s,” Berman said.

The new technology could act as a legal “loophole” for would-be criminals, he added. “Digital currently is now a part of our economy. It’s a part of our society. So now it’s actually going to be written in the law,” Berman said.

The Michigan Bankers Association and the Prosecuting Attorneys Association are supporting the bills, which passed out of both the House financial services and judiciary committees prior to floor votes.

The cryptocurrency package, now headed to the Senate for additional consideration, is the “first bite at the apple” for the Michigan Legislature, Guerra said, suggesting the emerging technology could warrant further regulations.

“It’s really an interesting and sort of complicated area,” she said. “And so I think it’s going to take some time before we create any more legislation, but this is sort of an easy and important way to address those that are using the technology.”