Novi native charged with spying in Russia appeals to Trump

Paul Whelan, who also holds British, Irish and Canadian citizenship, appealed to Trump in a Moscow court to intervene and “defend” him.

Novi native charged with spying in Russia appeals to Trump 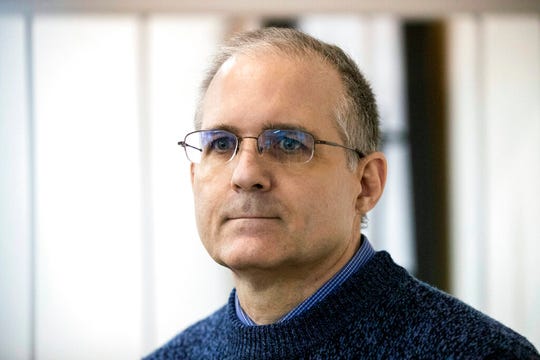 Paul Whelan, a former U.S. Marine, who was arrested in Moscow at the end of last year, has asked President Donald Trump to intervene in his case. (Photo: Pavel Golovkin, AP)

Moscow – The Novi native behind bars in Russia on spying charges appealed to U.S. President Donald Trump on Thursday for help.

Paul Whelan was arrested in a hotel room in Moscow at the end of December and charged with espionage, which carries up to 20 years in prison in Russia.

The former U.S. Marine denies the charges, and his lawyer that his client was handed a flash drive that had classified information on it that he didn’t know about.

Whelan, who also holds British, Irish and Canadian citizenship, appealed to Trump in a Moscow court to intervene in his case and “defend” him.

“Mr. President, we cannot keep America great unless we aggressively protect American citizens wherever they are in the world,” Whelan said, reading out his statement. He also said he was a victim of “political kidnapping.”

Whelan previously complained of poor conditions in the Moscow jail he is being kept. He said Thursday that the conditions there have somewhat improved.