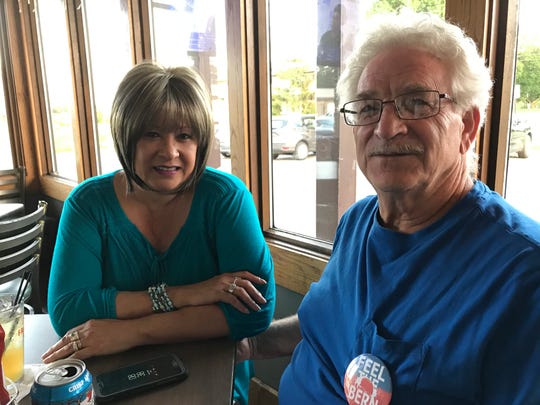 Delta Township —  Oscar Baker wasn’t shy about his favorite Democrat heading into the second night of rapid-fire questions and answers on a Miami stage hundreds of miles away from the Lansing-area Democratic debate watch party he attended Thursday.

The 75-year-old Delta Township resident sported a “Feel the Bern” pin as he gathered at his hometown restaurant with several others eager to learn more about the Democrats who would be president. U.S. Sen. Bernie Sanders of Vermont is among the highest-polling candidates and won the Michigan primary over Hillary Clinton in 2016.

“We wanted to be here with our fellow Democrats to watch Bernie slay Biden,” Baker said with a grin about the former vice president, adding he was interested in gaining a better “understanding of what the others learned from Bernie.”

But it was U.S. Sen. Kamala Harris of California whom political analysts credited with performing well by criticizing Biden on race and school busing.

The debate was the second in as many nights for Democrats, with a field of 20 qualifying candidates spread across two nights in Miami.

After Wednesday night’s debate, 65-year-old Mary Ann Baker, Oscar’s wife, said she also felt some loyalty toward U.S. Sen. Elizabeth Warren of Massachusetts, but was interested to hear Thursday from the other candidates on health care, immigration and income inequality.

“Since I don’t know many of the candidates, I'd like to know what their positions are on the issues,” she said. 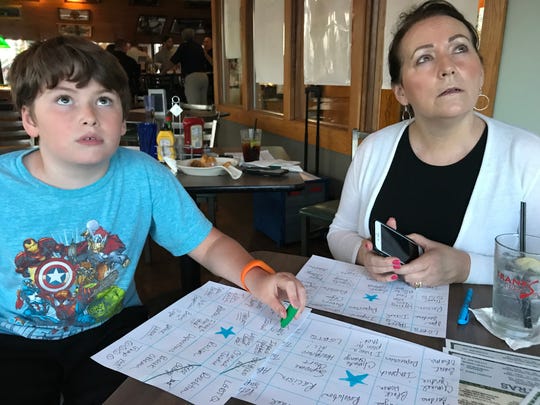 Just below the television screens at the Delta Township restaurant, Frank’s Press Box, 10-year-old Sam Bowen and Carol Wilson-Duffy listened attentively to catch some of the buzz words listed on their handmade debate Bingo sheets. Among the keywords: criminal justice, reparations, healthcare, Iran and Russia.

“I’d like to hear them not talking over each other,” Sam Bowen said with a laugh.

His mother, 44-year-old Beth Bowen, organized the small gathering and hoped to hear from candidates Thursday who inspired her and promised to “get things done no matter the odds.” 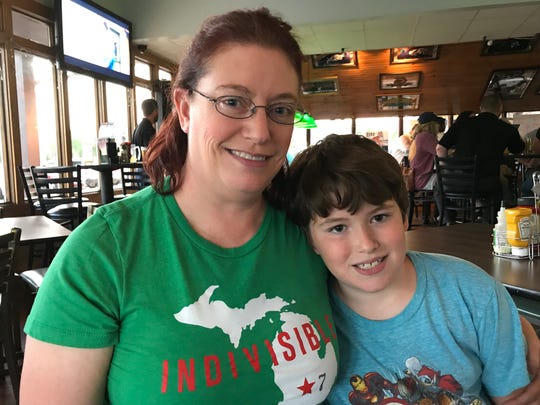 “Now I know the candidates based on what they said, how they acted, if they were argumentative, if they were calm and collected,” said Beth Bowen, secretary for the Eaton County Democratic Party and member of Eaton County Indivisible, a group that emerged after the 2016 election to encourage civility in politics.

But Bowen suggested a change for future debates: “I’d like to see a debate with just the six women.” 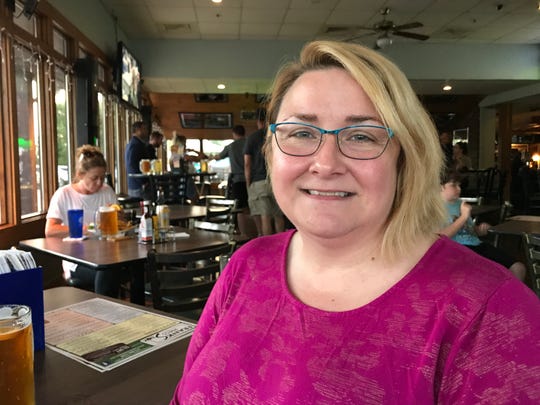 For Brenda Frezell, the debates were a chance to sort through the “one-hit wonder” candidates who didn’t depart from the topics they were comfortable with and others who had a diversity of informed opinions.

Early in the debate, the 47-year-old Delta Township woman was impressed by Harris and Buttigieg, noting strong words from the South Bend mayor on the immigration crisis at the southern border.

“His comments about how Republicans are being hypocrites as Christians when they put children in cages — I mean that’s really powerful,” Frezell said.

But there was one candidate about whom she felt less enthusiastic.

“I don’t think Joe Biden is our man,” Frezell said. “I think it's time for another era.” 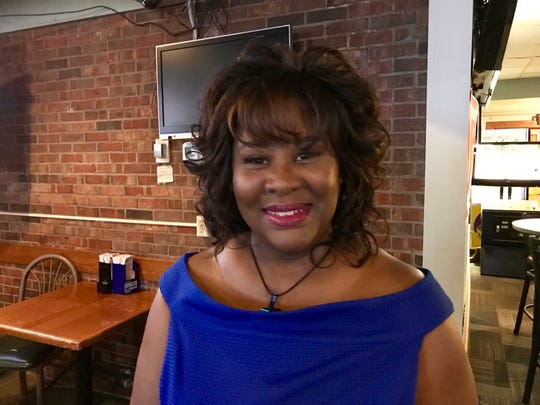 For Fonda Brewer, the first night of the debates was more compelling than Thursday’s showing, though the 59-year-old Delta Township trustee said she still was optimistic about the diverse ideas among the candidates.

“I felt that some were certainly stronger than others but I’m still not at a point where I can say I’m behind one person,” Brewer said. “I’m hearing about problems but I’m not hearing solutions and I really expected that from this group.”