The owner of a shuttered funeral home in Flint pleaded no contest last week to two felonies for "failing to escrow the money he collected from selling prepaid funeral contracts," according to the Michigan Department of Attorney General.

O'Neil Swanson II, 58, of West Bloomfield was the owner and operator of Swanson Funeral Home in Flint and is to receive an 11-month delayed sentence. Under the plea agreement, one felony will be dismissed if he pays at least $75,000 in restitution within those 11 months. He is to be sentenced separately on the remaining felony count. 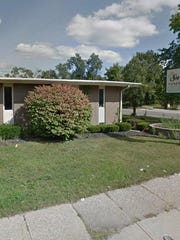 The attorney general's office said in a statement released Thursday that the Michigan Department of Licensing and Regulatory Affairs, or LARA, found Swanson had been "advertising and selling prepaid funeral contracts without a proper license."

After Swanson's license was suspended, a number of people contacted LARA to say they had prepaid contracts from the funeral home.

The investigation revealed that Swanson deposited prepaid funds into an account used for "business and personal spending" rather than an escrow account. About $75,000, or about 80 prepaid contracts, "were either unfunded, underfunded, or not properly escrowed," according to the statement.

Attorney General Dana Nessel, in the statement, said that "exploiting Michigan families while they are experiencing great suffering and personal loss is unconscionable," and said the plea agreement was "an effort to return the money stolen from Swanson's customers as quickly as possible."