Five Democratic governors with states that border the Great Lakes have laid out a plan for the waterways they hope presidential candidates will adopt. 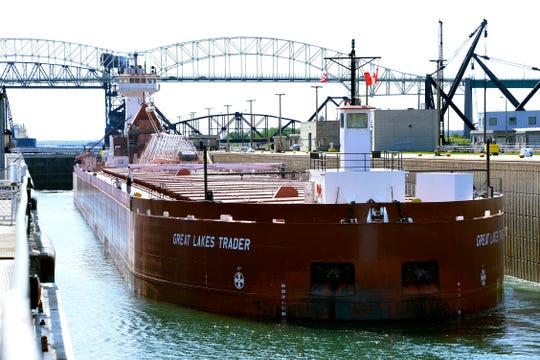 A day before the Democratic presidential debates begin in Detroit, five Democratic governors with states that border the Great Lakes laid out a funding plan for the waterways that they hope all presidential candidates will embrace.

The proposal emphasizes a need for a firmer commitment to reducing nutrient pollution, increased efforts to address PFAS contamination, and better funding for the Soo Locks and other water infrastructure, lake habitat and coastal restoration, and invasive species prevention measures at the Brandon Road Lock and Dam.

“This agenda requires bold action,” Gov. Gretchen Whitmer said in a Monday statement. “We must partner with the federal government to ensure we're doing everything we can to protect our freshwater, which is why I'm encouraging all 2020 presidential candidates from both parties to sign on to this agenda."

The governors noted that shortly after announcing their opposition in May to a 90% cut to Great Lakes Restoration Initiative funding initially included in President Donald Trump’s 2020 budget, the president reversed the proposed decrease.

But The Detroit News previously reported that Trump had a change of heart after taking a car ride with three Michigan Republican lawmakers to a late March campaign rally in Grand Rapids. GOP and Democratic members of Congress have repeatedly forced the Trump administration to abandon such Great Lakes funding cuts during the past three years.

The agenda outlined by the governors Monday calls for an increase in federal dollars to help address the $900 million still needed for the Soo Locks, the region’s $179 billion backlog in water infrastructure, and a needed $475 million annual boost to Great Lakes Restoration Initiative funding.

About $75 million for the Soo Locks is included in a U.S. Army Corps of Engineers funding bill that is poised for votes in the fall and is backed by the Trump administration. If Congress approves the project's spending for next year, it would keep the $1 billion project on track for completion seven to 10 years from whenever construction starts, the Army Corps has said.

The announcement from the Great Lakes governors comes on the eve of the two-day Democratic presidential debates in Detroit, which will feature 20 candidates vying to take on Trump in the 2020 election cycle.

In interviews with state and national media ahead of the debates, Whitmer has emphasized the need for candidates to focus on issues that affect Michigan residents, such as infrastructure, education and the environmental health of the Great Lakes. She is expected to be present in Detroit during the Tuesday and Wednesday debates.

Whitmer, Lt. Gov. Garlin Gilchrist and other Democratic leaders are expected to gather for pre-debate events both nights at a Detroit union hall. The Michigan Democratic Party has invited presidential candidates to speak at the “Doubleheader in the D.”