Detroit-area man charged with branding prostitutes who worked for him

Tory Micheal Anderson, 32, allegedly branded at least three women, including one minor, by making them get a tattoo of his name on their body

Detroit-area man charged with branding prostitutes who worked for him

A 32-year-old Metro Detroit man allegedly branded at least three women, including one minor, by making them get a tattoo of his name on their body while they worked for him in prostitution, according to an affidavit filed Monday in Detroit U.S. District court.

Federal prosecutors brought charges against Tory Michael Anderson for sex trafficking of a minor, and possession and receipt of child pornography. Anderson was on parole for 2014 armed robbery in Oakland County, according to the Michigan Department of Corrections.

It was unclear if Anderson was in custody. 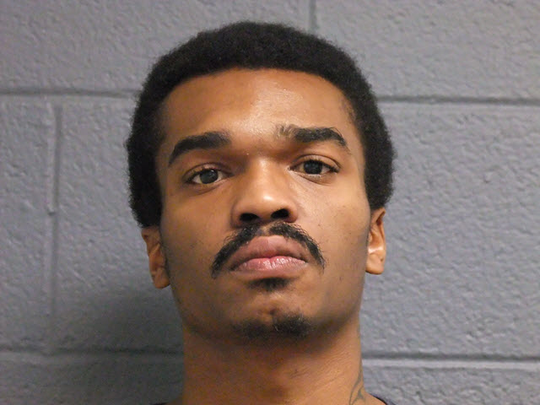 The first woman told FBI Special Agent Jessica Sumyk that "Anderson made all of his 'girls' get a tattoo on their body as a way of branding them," according to the court filing.

Anderson was discovered during an undercover operation by members of the Southeast Michigan Trafficking and Exploitation Crimes Task Force, which came in contact with the two adult victims in July at the Gemini Motel and Travelers Inn Motel, both in Redford.

The juvenile was discovered when federal agents searched Anderson's name in law enforcement networks and found that Anderson had police contact on more than one occasion, according to the affidavit. Agents searched her phone and found hundreds of advertisements for prostitution from March 25-June 12.

An officer responded to one of the advertisements, and set up a "date" with the minor to recover her from a Super 8 Motel in Roseville on Sept. 3, according to the court documents.

"The male started the vehicle and started to back up as he watched the entry team move in towards the hotel," according to the court documents. "The male backed right into a stationary, parked, FBI government vehicle."

Officers made contact with the man and identified him as Anderson. They smelled alcohol and discovered $1,508 in his left front pocket.

Meanwhile, another officer spoke with the motel manager and learned that the man matching Anderson's description had tried to switch two rooms into his name but couldn't because he lacked proper identification. Agents went to the other room and found the second woman, along with another woman.

All were interviewed at the Roseville police department.

The second woman said she had been working as a prostitute for Anderson for approximately one year, and was the first to have "Tory" tattooed on her body.

"She also stated that Anderson kept the money she made from commercial sex acts, bought her anything she wanted," according to the affidavit.

She also told of an incident when Anderson and the minor victim were arguing while in a vehicle and he pushed her out of the moving vehicle. The incident led to the minor getting road rash injuries on her leg and buttocks, according to the court documents.

The minor victim allowed agents to search her phone and they found more than 7,000 texts between Anderson and her beginning on July 19. The majority discussed  prostitution.

In an Aug. 28 message, Anderson acknowledged that she was 17. She also sent him five photos of herself naked. Her phone also had photographs of the injuries allegedly sustained when Anderson shoved her out of the moving vehicle. Her phone also recorded a conversation around that time about treatment she got at Beaumont Hospital.

Agents called the number that the minor stored in her phone for Anderson, under 'Hubby." It rang to the cellular phone that was recovered in the center console of the Dodge Durango he was driving when he ran into the FBI vehicle.