MDOT did not follow its own contracting guidelines and “allowed industry stakeholders influence” in a controversial study of the state aggregates market.

The Michigan Department of Transportation did not follow its own contracting guidelines and “allowed industry stakeholders influence” in a controversial study of the aggregates market in Michigan, the state auditor general concluded Friday.

The state also failed to ensure that the company conducting the study did all of the work it was contracted to do, according to the report from the office of Michigan Auditor General Doug Ringler. The study looked at the markets for sand and gravel — called aggregate — that are usually mixed with cement to make concrete in road construction. 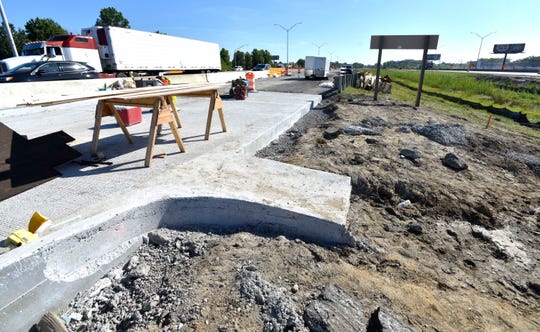 “…We noted numerous deficiencies in the study that were caused, in large part, by poor project scoping, which ultimately was MDOT’s responsibility,” the report said. “Because of the scoping limitations and the study’s otherwise limited usefulness, the study’s approximately $100,000 cost does not appear to have been an effective use of the state’s financial resources.”

The auditor general noted that although its investigation was separate from one concluded last month by MDOT’s Office of Commission Audits, the results were similar.

“The director will examine the findings to see what can be learned from this and what kind of safeguards can be implemented as a result to ensure the department is spending taxpayer dollars effectively,” department spokesman Jeff Cranson said.

Former Transportation Director Kirk Steudle commissioned the 2016 study in two phases to assess whether the state’s aggregate supplies met infrastructure needs and, if not, what the possible ramifications were for the Department of Transportation if more mines weren’t accessed to increase that supply.

The 2016 study came as Metamora, a Lapeer County town with about 565 residents, emerged at the center of a fight in Lansing over aggregate mining and local control over mining permits.

Locals blocked plans for a massive new gravel mine in Metamora and are combating state legislation that would stop communities from prohibiting mining operations unless they pose “very serious” consequence to public health, safety and welfare. The proposed 497-acre Lapeer County mine would pull 30 million tons of sand and gravel over 30 years to use for construction homes and roads.

The local opposition from Metamora and other small towns is in the foreground of an infrastructure crisis in Michigan as the state works to fix roads with building materials that are becoming increasingly more expensive.

The Michigan Aggregates Association has said rising material costs are in part due to those efforts to limit new gravel mining operations and the squeeze that puts on supply.

The towns opposing the legislation that would take away local control of mining permissions said the auditor general’s report was further proof of the industry’s influence in Lansing.

“… the Auditor General’s investigation finds the aggregates association corrupted the state contracting process to produce a flawed study to justify their self-interested and unnecessary legislative agenda,” said Matt Resch, a spokesperson for the communities.  "It is our hope that lawmakers don’t let them get away with it."

The Michigan Aggregate Association maintains its role in the study contracting process was simply to provide information sought by the department and that there is "zero evidence" the association influenced the study authors.

"All state departments rightly seek input from stakeholders, but only they can decide how to use that input, as was the case here," said John Sellek, a spokesman for the association. "It is unfortunate for all taxpayers that internal MDOT disputes between its staff and management resulted in decisions which are now under fire."

Rising road building costs remain, Sellek said, yet the "tyranny" of "wealthy folks in Metamora" are deterring efforts to access raw materials and "to finally fix the damn roads."

Emails between Steudle and Michigan Aggregates Association President Doug Needham, referred to as an “industry stakeholder” in the auditor general's report, indicate Needham asked Steudle to “investigate the looming deficit” in aggregates and Steudle in turn told four MDOT senior managers that a long-term strategy was needed to address that shortfall, according to the auditor general’s report.

Needham met with Steudle and suggested a model for a study of those needs, which the director forwarded to his senior managers as a “starting point,” the report said. A project manager forwarded a draft scope of the study, which would be used to solicit bids, to Needham with edits suggested by the aggregate official.

After soliciting bids from three vendors, two of whom were suggested by the aggregate industry, MDOT chose a vendor “solely on the basis that it could deliver a report for under $50,000” by deadline, the report said.

The department failed to contact references who had used the vendor or review prior reports produced by the company, according to the report.

When a department manager sought bids for the second phase of the study, he pushed back against directives indicating he should structure it according to the industry's preference, the report said. The manager noted his proposal “would set the stage for fact-based exploration rather than a tool for the (industry stakeholder) to use to engage in legislation that eases the permitting process by taking permitting authority away from local agencies.”

The department eventually used the industry’s suggestions and ended up awarding the contract to a vendor suggested by industry.

The fact that the study was split into two phases was “inappropriate,” the report said, and the phase 1 vendor did not deliver key data promised in the contract including a total annual aggregate consumption in Michigan or overall aggregate reserves remaining.