A severely mentally ill teen discharged from jail to a local emergency room after being ruled incompetent to stand trial for murder was discharged late Thursday to a state-run psychiatric hospital as The Detroit News made calls about his placement.

Darian Smith-Blackmon has been placed at one of Michigan's five psychiatric hospitals, after spending 45 days at Detroit Receiving Hospital. The News is not disclosing his location to protect his privacy. 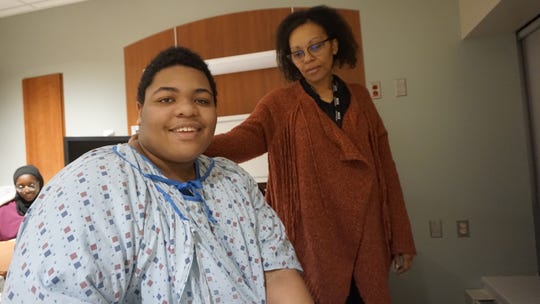 "Darian was ruled incompetent and the process should not take this long," said Ann Arbor attorney Bill Amadeo, who represents Smith-Blackmon.

"There's certainly a problem that needs to be corrected."

A Michigan Department of Health and Human Services spokeswoman wouldn't comment on Smith-Blackmon's case because it involves "protected health information."

"However, once an individual is identified as permanently incompetent, if they are thought to need additional hospital level care, they may go through probate court for that commitment, and these activities can occur at the local level and take some time to complete," HHS representative Lynn Sutfin said Friday.

The department "is working with many stakeholders to help improve both the ability to access state hospital beds, and the ability for the community to facilitate discharges to make those beds available."

The case of Smith-Blackmon illustrates how Michigan, like other states, grapples to care for its most difficult mentally ill patients while preventing them from hurting others. His case was highlighted in an Oct. 10-11 Detroit News series called "Healing Justice" that  compared Norway's innovative approaches to mental health and criminal justice with practices in Michigan and the United States.

There were 191 people on a waiting list for treatment at a state mental hospital as of Oct. 31, up from 138 waiting for a bed at the end of September, according to the state Department of Health and Human Services.

The autistic teen was found incompetent to stand trial on Aug. 27, but remained at Wayne County Jail for 21 more days. Late on the evening of Sept. 17, he was transported to the emergency room at Detroit Receiving Hospital. 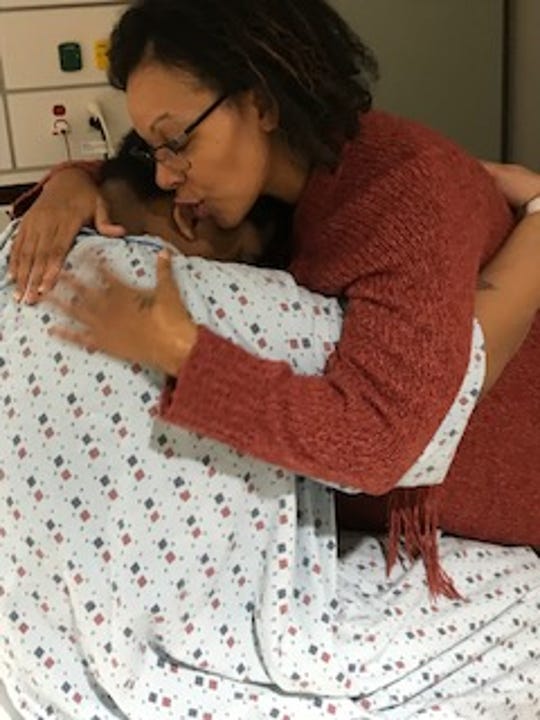 The 19-year-old Smith-Blackmon had spent nearly six months in jail after assaulting a fellow resident at an adult foster care home on March 22. He suffers from intellectual disability, psychosis and bipolar disorder, and has been in and out of group homes and hospitals since the age of nine.

John Bagget, an elderly man with "mild retardation and schizophrenia" at Woods Care Home in Wayne, died of his injuries on April 22, and Smith-Blackmon was charged with first-degree murder. The News was unable to contact Bagget's next of kin.

Questions remain about why Smith-Blackmon was sent to Woods Care Home, a low-security facility with mostly senior residents, after he had assaulted residents at two previous adult foster care homes.

"I don’t think anything (was) intentionally screwed up here, it’s just that nobody knows how to handle this kind of problem," said Amadeo, the attorney.

Michigan had the 46th fewest mental hospital beds in the nation with 7.3 state psychiatric beds per 100,000 residents, according to a 2016 study by the Treatment Advocacy Center, a Virginia nonprofit that works to reduce barriers to care for the mentally ill. The state had 725 beds in a state with nearly 10 million people.

During a Wednesday night interview with The News at the teen's hospital room, Smith-Blackmon's mother, Melvina Smith of Romulus, said social workers were trying to locate another adult foster care home to take him.

"This is the picture of a system failure across the board that allowed this to happen," said Tom Watkins, a former state mental health director and former director of the Detroit Wayne Mental Health Authority. "We have a responsibility to get it right for this young man.

"We can't afford to fail — for the people he's going to be around, his family who love him and society at large. Without the proper treatment and service, he could be a ticking time bomb."

The Detroit Wayne Wayne Mental Health Authority, which oversees adult foster care home placements for the county, would not comment on Smith-Blackmon's case.

Smith-Blackmon gave his mother multiple hugs during his Wednesday night interview. He greeted a reporter with a smile and shyly revealed a tattoo on his right arm that he's proud of.

"Woke, sleep, watch movies," he said when asked what he did that day. "I'm bored."

Smith-Blackmon didn't receive any psychotherapy at the hospital, jail or any of the four adult foster care homes he's lived in during his short time as an adult, Smith said.

Asked if he'd like to get therapy, Smith-Blackmon said "yes."

Asked how he feels when he thinks about the "incident" at Woods Care Home, he looked down at his hands and said "sad." 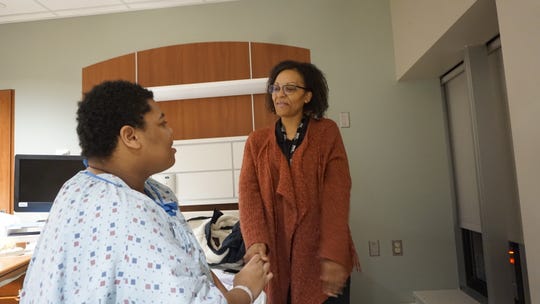 Smith said she was perplexed why her son was discharged from the jail to a Detroit hospital emergency room on Sept. 17.

The hospital discharged him to an adult foster care home four days later, but he was returned to the emergency room within hours, so emotionally upset that he required restraints and injections to calm down, his mother said.

A few days later, Smith-Blackmon experienced kidney problems, chest pains and an elevated heart rate, and was moved to a medical unit for intravenous treatment, she said.

He was diagnosed with rhabdomyolysis, according to Smith. It's a serious syndrome that can lead to kidney failure. A long list of possible causes for the condition includes physical injury, exposure to infections or use of anti-psychotic medications.

According to Smith, her son's been off intravenous treatment "at least (a) couple weeks now."  But she's been frustrated by the difficulty of getting medical information on her son.

Though found incompetent to stand trial, he's still legally his own guardian. Smith said she'd taken steps to obtain guardianship before the assault occurred, and she still hopes to accomplish that. She also hopes that, one day, she'll be able to care for him herself.

"I want him to get treatment," Smith said. "He wants treatment, but he also wants freedom at home."

About 2% of people with a serious mental illness commit major crimes, according to the Treatment Advocacy Center, a Virginia nonprofit that works to reduce barriers to care for the mentally ill.

Residents at Michigan state mental hospitals receive psychotherapy in addition to psychiatric medications, according to experts, who say therapy can be effective in helping aggressive or violent mentally ill people learn to live safely in community settings.

"I don't think he will ever be competent to understand what the average person understands," Amadeo said. "I don't think Darian will ever have a nine-to-five job, but I think he could have a decent life where he's not a threat to society.

"That's what we can hope for in this situation. I think there's a chance to help him, and help him while protecting the community. That can be accomplished."