A woman’s body was dragged over a snowy hill and left in a rural area in northern Michigan, police said

Maple City – A woman’s body was dragged over a snowy hill and left in a rural area in northern Michigan, police said.

Leelanau County Sheriff Mike Borkovich said investigators are treating it as a homicide. Authorities were called Wednesday after a caller wondered if the drag marks might have been caused by someone dumping a dead deer or trash in the Maple City area, northwest of Traverse City. 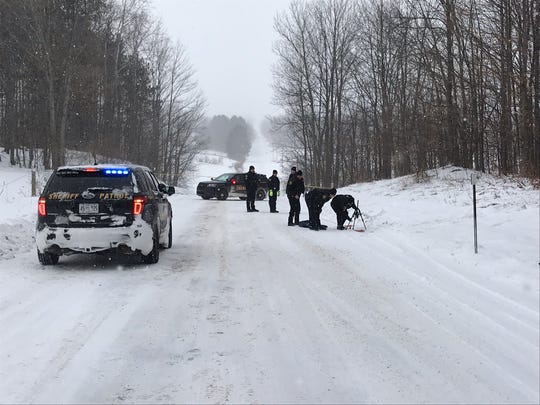 Leelanau County Dispatch received a complaint about a body that had just been located in a wooded area along Kasson Center road, Kasson Twp. (Photo: Facebook)

An autopsy is set for Thursday. The woman appeared to be over 50 years old.

“Someone tried to dispose of or hide a body,” said Borkovich, who added there were obvious signs of trauma.

Traverse City police said it could be a resident who was last seen Tuesday night.

Borkovich is urging people in the area to be cautious.