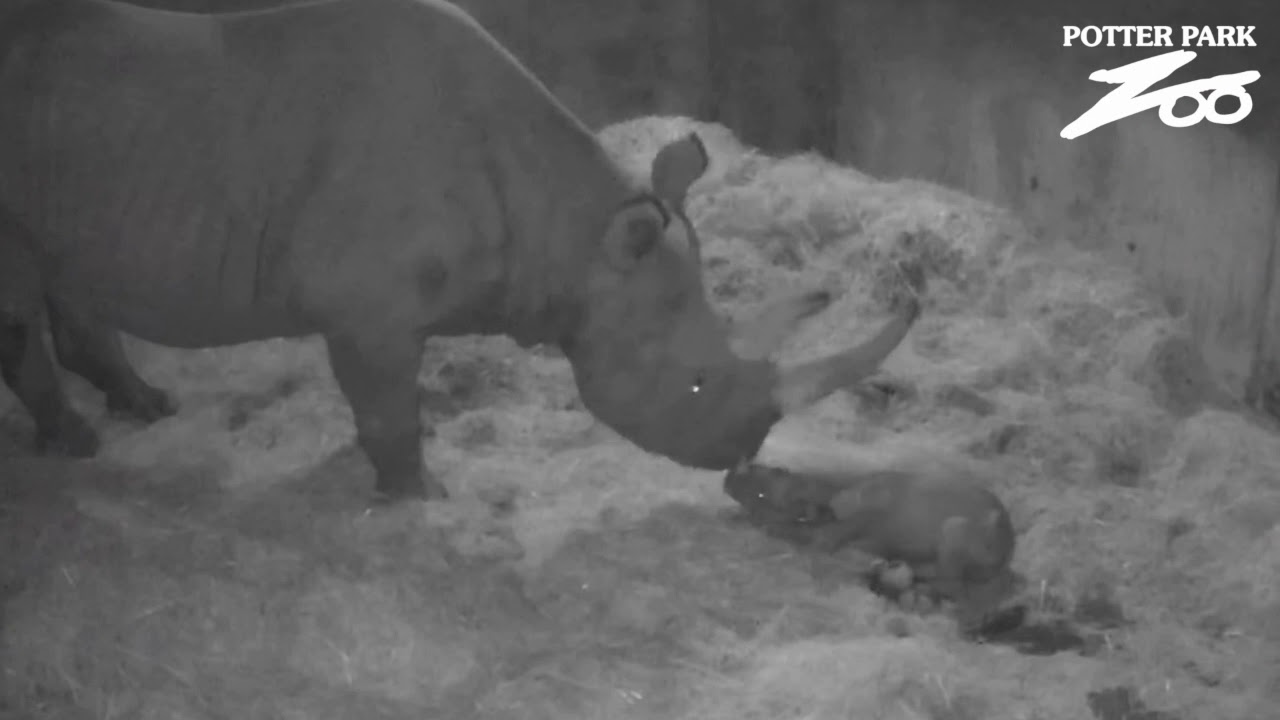 The unnamed newborn arrived at about 5:40 a.m. Christmas Eve, the zoo said in a statement.

A surveillance camera captured the little creature nuzzling his 12-year-old mother, Doppsee, within minutes then standing up about an hour-and-a-half later. By 8:45 a.m., he nursed for the first time.

Mother and son are "bonding behind the scenes" in the zoo's rhino barn and will not be visible to the public until weather allows in the spring, officials said.

“As this is Doppsee’s first pregnancy, the animal care and veterinary staff will continue to monitor Doppsee and her calf closely in the next few weeks," said Ronan Eustace, the Potter Park Zoo veterinarian, in a statement.

"But so far, the rhino calf appears healthy and we have observed frequent nursing shortly after the birth, which is encouraging."

The calf is part of a critically endangered species "being pushed to the brink of extinction by illegal poaching and loss of habitat," the zoo said Tuesday.

The World Wildlife Fund estimates the black rhino population dropped by 98%, to less than 2,500, between 1960 and 1995 but has since rebounded to more than 5,000 through conservation efforts.

Potter Park Zoo said about 50 are tended through sites accredited by Association of Zoos and Aquariums, which leads a Species Survival Plan to maintain a genetically healthy population.

The newborn calf's father, Phineus, came to the zoo in 2017 from Texas to breed with Doppsee, officials said.

On average, fewer than two black rhino calves are born under human care each year, "making every calf born vital to this endangered population," according to the zoo.

“This is a monumental moment for Potter Park Zoo that has taken our staff years of planning and hard work," director Cynthia Wagner said. "We are dedicated to conserving rhinos and couldn’t be more excited about this successful black rhino birth."