Huron-Clinton Metroparks to raise rates for 2020

Huron-Clinton Metroparks to raise rates for 2020

The cost of an annual pass to the Huron-Clinton Metroparks is going up 14% to help cover the cost of upgrades throughout the aging trail system.

Beginning Wednesday, the metroparks will bump the cost of its 2020 vehicle passes by $5, according to officials with the park system.

The annual pass is currently $35 and $24 for seniors age 62 and older. Beginning Wednesday, however, the passes will cost $40 and $29 for seniors. Identification is required and all senior passes must be purchased in person. 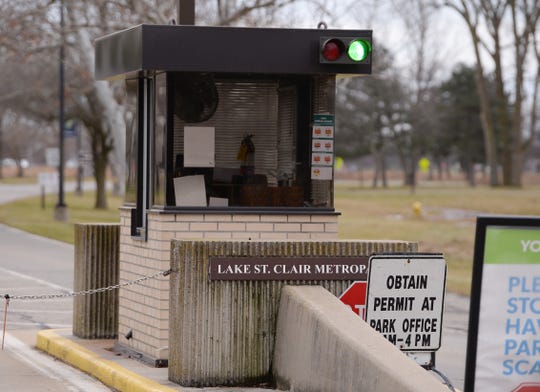 Amy McMillan, director at the Huron-Clinton Metropolitan Authority, said the across-the-board fee change is the first for the regional park system in at least a few years. The senior rate also went up last year, but officials don't expect to be raising rates for 2021, she added.

McMillan said the parks system began marketing the early purchase discount via email, mailings and on social media in November when season passes go on sale.

"We wanted to give everybody the opportunity to get their 2020 pass at the 2019 rate," said McMillan, noting staff is currently processing a couple hundred orders that came in online Monday. The metroparks have seen a double-digit increase in pass purchases over 2018, she added. "It's been super busy."

The rate hike, McMillan said, is expected to generate between $800,000 to $900,000. The funding will aid the parks system in capital improvements.

In 2020, about $1 million will be invested in trail improvements in areas including Hudson Mills in Washtenaw County, at Lower Huron Metropark in Wayne County and Kensington Metropark, which touches parts of Livingston and Oakland counties.

The annual pass provides daily access to all 13 metroparks.

The regional park system operates under the Huron-Clinton Metropolitan Authority, which was created in 1940 by residents of Livingston, Macomb, Oakland, Washtenaw and Wayne counties.

The metroparks are funded primarily by a one-quarter of one mill tax levy as well as with revenues from vehicle entry fees and other user fees associated with facilities, including golf courses.The metroparks' 2020 budget is about $52 million, McMillan said.

Macomb County Executive Mark Hackel said he's already purchased his 2020 park pass. The longtime millage, he said, went into effect "when our grandparents and great-grandparents didn't have two nickels to rub together."

"Here's a time when people didn't have a lot of money and they thought, 'we're going to tax ourselves to provide that opportunity for recreation, and those land purchases to secure that,'" he said. "That was some forward-thinking from some folks that did us a favor. To me, it's just a minor ask of a few more dollars."

The offering will run from Jan. 1 through July 31.

"We’re hoping that will allow people who are traditionally buying daily permits to take advantage of the trade-in program and get an annual permit," McMillan said.

Data collected from visitors last year, she said, revealed the average annual permit purchaser visits the metroparks more than four times a year, most frequently between Memorial Day and July 4.

Another incentive planned for 2020 are periodic pop-up sales on admission for use of pools or golf courses. The park system in January plans to present its new recreational programming plan to its board of commissioners, McMillan added.

According to the metropark website, the 13 parks cover 25,000 acres along the Huron and Clinton rivers and serve about 7.3 million visitors annually.

Passes can be purchased at the metroparks or online.