White River Township — A Michigan woman pleaded for help to save her family's beloved Lake Michigan cottage before it fell down a sandy bluff Tuesday in an area plagued by erosion. 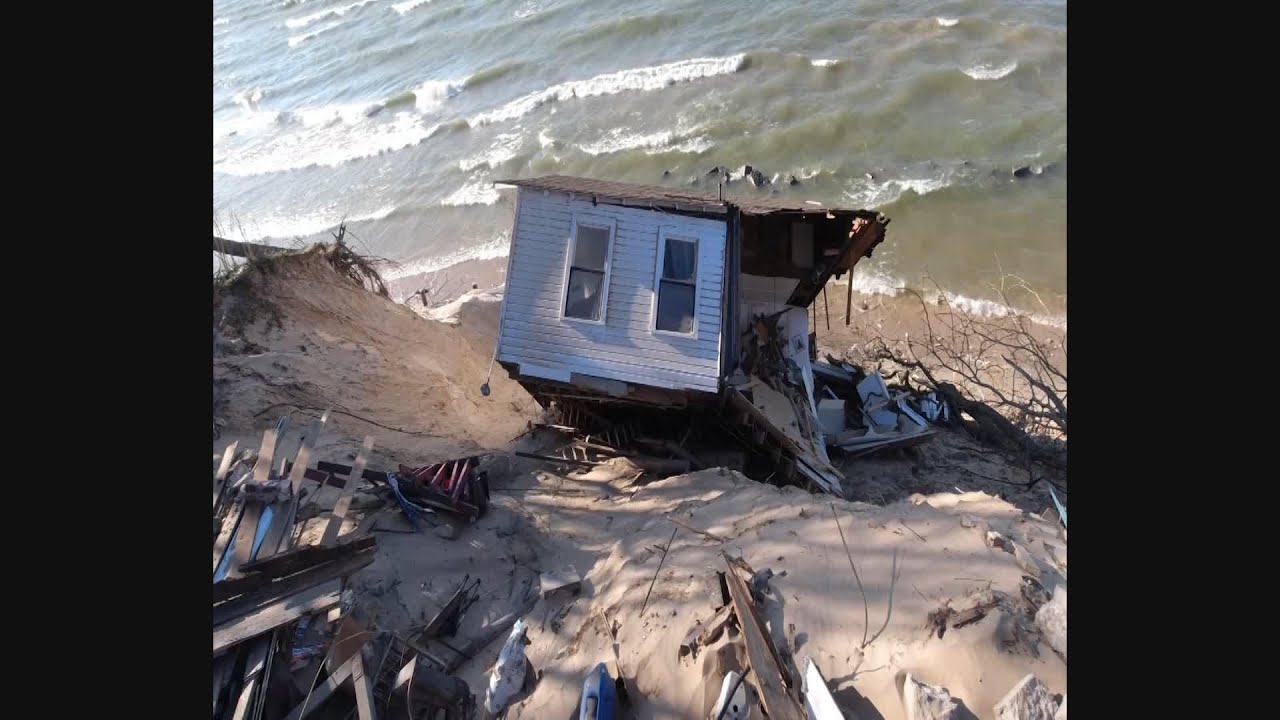 Muskegon County officials had been monitoring the condition of the White River Township home which toppled over about 11 p.m. Tuesday, according to WOOD-TV in Grand Rapids.

Homeowner Patricia Gancer, from Battle Creek, was at another property when it fell.

In early December, she reached out to friends and family on social media to help repair and protect their fifth-generation cottage.

"God's Cottage," as Gancer calls it, was built on Lake Michigan in the early 1900s and was once sheltered by hundreds of feet of protected woods, foredunes. It formerly sat on top of the bluff overlooking the beach.

"(The) beach has been increasingly threatened by rapid erosion brought about by rising lake levels, and what you see here is the result of that. It’s truly heartbreaking to see what this has become, the worst happening over the last year or so," she wrote in her December GoFundMe.

Gancer, 55, initially wanted neighbors to pitch in for the cost of a shoreline rock wall to slow erosion. She secured financing through her bank for the project and began building the wall but ran out of time.

"I am absolutely saddened that I need to ask this of you, of anyone, but as the saying goes, 'desperate times call for desperate measures,' and the situation has never been as dire as it is right now," she wrote on Facebook on Dec. 20.

Neighbor Bob Lloyd also was checking on the home, which he said has been unsafe for a while.

“It was raised off the back of the foundation three inches and I knew it was imminent it was going over,” Lloyd told WZZM-TV in Grand Rapids. “I heard this sound … and I looked and could just see the house going.”

White River Township is about 50 miles northwest of Grand Rapids.

Rising Great Lakes levels and storms over Lakes Michigan, Huron and Superior have caused beach erosion, flooding and damage to seawalls and roads. The U.S. Army Corps of Engineers is predicting lake levels near or above historic highs this spring.

An October storm battered the Lake Michigan shoreline near Spring Lake and swept away up to 20 feet of dunes in some communities.

Lake conditions: Water 'too rough' for search of teen swept into lake

Michigan environmental regulators said in October they would expedite permits for homeowners seeking to place rocks or build seawalls to prevent erosion.

The National Park Service has said it will work with Beverly Shores in northwestern Indiana to install sand traps along the Lake Michigan shoreline to combat beach erosion at the Indiana Dunes National Park.