Less than inch of snowfall recorded Sunday at Metro Airport

New year adds less than inch of snow; Monday expected to be sunny and dry

Less than inch of snowfall recorded Sunday at Metro Airport

Metro Detroit had its first accumulation of snowfall of the new year Sunday, with 0.7 inches recorded at Detroit Metro Airport, meteorologists said. 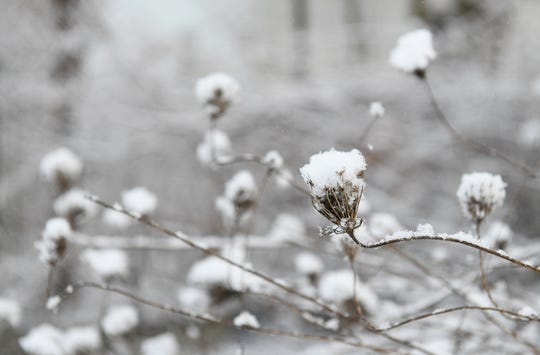 Sunday's snowfall follows a December during which Kacan said Detroit Metro Airport recorded 2.7 inches of snowfall, well below the 9.6 inch average for the month. Since Nov. 1, snowfall in the region has been near seasonal averages, though, with 12.9 inches recorded before Veterans Day, Kacan said.

Band of snow tracking eastward across SE MI. Some pockets of moderate to heavy snow will continue for the next hour. Drive carefully. #miwxpic.twitter.com/GMUFwJxxuz