Report: Several staffers knew or should have known about violations by a former assistant attorney general who resigned after a relationship with a victim

Lansing — Several employees — including a former chief of staff — knew or should have known about policy violations by a former assistant attorney general alleged to have been in a relationship with a sexual assault victim in a case he was prosecuting, according to an internal investigation by Attorney General Dana Nessel.

The probe into former Assistant Attorney General Brian Kolodziej so far has led to the firing of a special agent alleged to have given “untruthful testimony” in a criminal case and the demotion of a division chief who failed to comply with office procedure, according to information released in response to a Detroit News public records request.

Because Michigan State Police continue to investigate Kolodziej's behavior, Nessel declined to release the full report from her department's internal investigation. She provided “a general description” about actions taken within the department in response to the Freedom of Information Act request.

Department employees are held "to the highest standards of conduct" and should they fall short of them, "I have — and will — take swift and decisive action," Nessel said in a statement.

"While I was deeply troubled and disappointed by former AAG Kolodziej’s behavior and the results of our internal investigation, it has been a catalyst for sweeping and long overdue reform," she said. "I cannot change what Mr. Kolodziej has done, but I can make sure that we make the necessary changes to prevent it from happening again in the future.”

Kolodziej resigned in September amid allegations that he had an inappropriate relationship while lead prosecutor with one of the victims in the Isabella County case. Kolodziej’s alleged actions are being investigated by Michigan State Police, who did not immediately provide comment on the status of its investigation.

Kolodziej’s lawyer did not return a call seeking comment.

After Kolodziej's behavior came to light last year, the criminal division staff went through "significant restructuring" that included additional mechanisms and policies to increase oversight of staff and cases, according to Nessel's department.

"All criminal staff attorneys and investigators were immediately required to attend mandatory ethics training," the investigative summary said. "Further, the investigatory staff is in the process of being moved into a separate division with a newly established chain-of-command and additional oversight." 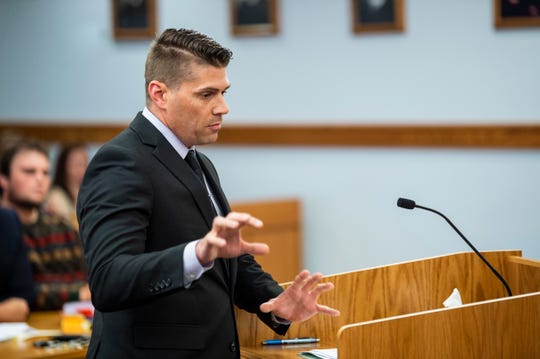 In November, Nessel agreed to cooperate in a motion to set aside a plea in the Isabella County case involving Ian Elliott, who pleaded no contest last summer to third-degree criminal sexual conduct in Isabella County and was serving a year in prison.

The first-term attorney general also moved to dismiss charges against Larry Orr and his stepson Sean MacMaster, who were charged with two counts of first-degree criminal sexual conduct in Oakland County. At the time, Nessel said Kolodziej’s actions in the case were “tantamount to serious violations of our prosecutorial standards.”

The internal investigation led to the firing of former Special Agent Lauren Schipani because of “untruthful testimony” she gave in the MacMaster case, according to Nessel’s office.

She has filed a grievance, arguing that her termination was "arbitrary and capricious" and without "just cause," according to a copy obtained by The News. The attorney general's department is expected this month to enter arbitration with Schipani.

MacMaster's defense attorney Alona Sharon said she was informed by the attorney general’s department that Schipani, during a hearing in the MacMaster case, exaggerated her previous experience investigating sexual assault cases. The information came after Kolodziej had resigned, but while her client still waited in jail.

“Once everything came to light, (Nessel) and her core team worked as fast as they could to investigate and make things right,” Sharon said. “Unfortunately, that still led to two men being incarcerated for an exceedingly long time.”

Besides Schipani’s firing, John Pallas volunteered to be demoted to first assistant attorney general after the report found he failed to comply with standard office procedure and protocol.

Moody — who resigned July 22 and now works for the office of Detroit U.S. Attorney Matthew Schneider, a former Michigan chief deputy attorney general — also did not return a call and email left at her new place of work. She had served under four attorneys general and was Republican former Attorney General Bill Schuette’s chief legal counsel. 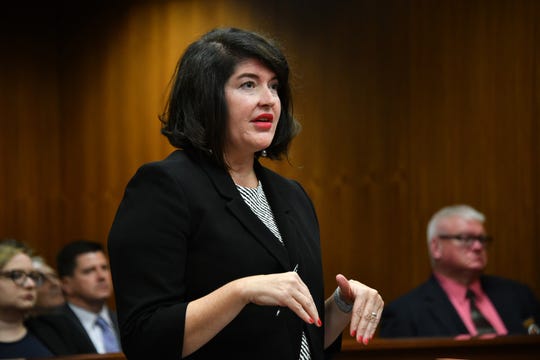 Because she resigned about two months prior to the investigation, Moody's "conduct was not reviewed for possible disciplinary action," the department's public records response said.

"...several other employees knew about some aspects of Mr. Kolodziej’s deviation from standard office policy,protocol or procedures," Nessel's department said. "However, because those employees notified supervisory staff — including, in some instances, the former chief of staff — formal disciplinary action was not taken against them."

Moody’s husband, Michael Moody, is division chief for the special litigation division in the Department of Attorney General and handles most utility cases. He is “invaluable” to the department, Nessel’s spokeswoman Kelly Rossman-McKinney said.