Michigan man who challenged deportation to Iraq can stay in US, seek citizenship

Lead plaintiff in lawsuit that sought the release of 1,400 Iraqi Americans and who was pardoned by governor wins immigration case

Michigan man who challenged deportation to Iraq can stay in US, seek citizenship

Detroit  — The lead plaintiff in a class-action lawsuit that sought the release of 1,400 detained Iraqi Americans has won his immigration case Tuesday and is on the path to citizenship.

Usama "Sam" Hamama of West Bloomfield, the lead plaintiff in Hamama v. Adducci, which was filed by the American Civil Liberties Union of Michigan, said his family sought this conclusion when the case began more than two years ago. 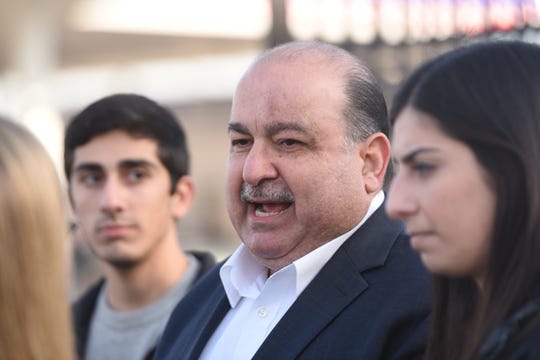 Sam Hamama, center, speaks about his ICE detention with his son, Chris Hamama, and daughter, Britany Hamama, outside the Rosa Parks Federal Building in Detroit in 2018. (Photo: Max Ortiz, The Detroit News)

The case sought an end to the detention of some 1,400 Iraqis nationally, including 114 initially from Metro Detroit, who had been swept up in Immigration and Customs Enforcement raids for deportation in June 2017.

An immigration judge dismissed the deportation case Tuesday, saying Hamama had rehabilitated himself since a former assault charge, which was erased by a pardon granted by Gov. Rick Snyder in one of his last acts before leaving office in December 2018.

"I always knew what I did was wrong and I was remorseful," Hamama told The Detroit News on Wednesday. "The judge saw that too, and I just hoped he could see the light I did. He gave me and my family a tremendous decision to keep our lives going and I'm thankful."

Hamama, 58, came to the United States at age 11 and hasn't lived in Iraq for more than 40 years. He had 1988 convictions for felony assault, felony firearm and carrying a pistol in a motor vehicle.

Hamama flashed an unloaded gun at another driver during a road confrontation and served two years in prison. At the time of the incident, the crime was not an offense that could trigger deporation. Later, the government issued an order to remove him but did not try to send him back.

He was arrested again along with 1,400 others in the raids on June 11, 2017, following President Donald Trump's executive order barring admission to the United States of nationals from seven countries, then including Iraq. For years, the men had been allowed to stay in the United States because Iraq wouldn't accept them, and it remains unclear if they will now.

Hamama had been detained for eight months in St. Clair County by ICE officials until posting a $100,000 bond in February 2018. He returned to his job as a grocery store manager and with his wife and four children, kept fighting his case while he was detained, he said.

"Having the backing of the ACLU, many other people and my family is what kept me going," Hamama said. "It's amazing what prayer can do."

Nahrain Hamama gets emotional as she spoke about the deportation of her husband during a rally protesting the deportation of Iraqi-American immigrants at the McNamara Federal building in Detroit on Friday June 16, 2017. (Photo: Max Ortiz / The Detroit News)

The ACLU of Michigan celebrated the win Tuesday.

"What Sam's case really shows us is that due process matters," said ACLU attorney Miriam Aukerman. "ICE sought and still seeks to deport hundreds without a chance to access the immigration court system. Sam Hamama and others were given time. He and hundreds of other Iraqis could have been deported and may have been killed there.

She said the ruling for Hamama means others may be as successful with their immigration cases.

"They can now live out their lives with their families and we are grateful they are having this opportunity to be heard."

The lawsuit was brought to give detainees time to challenge their immigration cases individually and make new arguments about their safety if deported to Iraq. The ACLU had argued that if the detainees were repatriated, they would face torture or death for their Christian faith and some for having served in the U.S. military.

Jimmy Aldaoud, 41, of Shelby Township, who came to the U.S. as a 6-month-old from a refugee camp in Greece, was deported to Iraq in summer 2019 after being sentenced on drug possession charges. Aldaoud, who family said was a bipolar schizophrenic and diabetic, was found dead due to lack of insulin a month later, the ACLU said.

Fearing the same fate, other detainees with final orders of removal began cutting their electronic tethers in an act of protest. 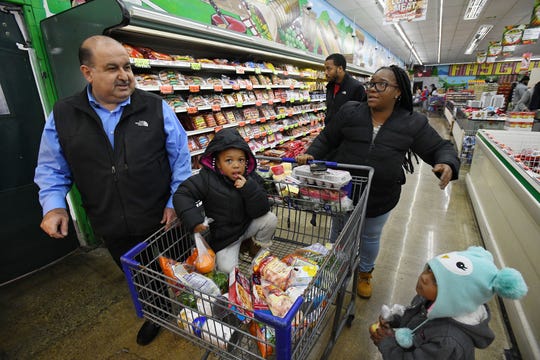 In 2018 and 2019, U.S. District Judge Mark Goldsmith made a series of decisions in favor of the immigrants, who were then released from custody to individually fight deportation orders. Those rulings were overturned by an appeals court on Jan. 6, with the jurists saying Goldsmith had exceeded his authority in granting the releases.

"He was arrested in June and not until yesterday had that tremendous weight lifted off of him. However, ICE's position is that while people are fighting their cases, they can be locked up and throw away the key," she said.

"There are many, many class members still waiting for their cases, and ICE wants to lock them up in the meantime. We call on ICE not to do that because as we see in Sam's situation, people are winning their cases."