Road rally racers go dashing through the snow Up North

The Sno*Drift is one of nine road races held each year by the American Rally Association, but the only one where drivers compete on snow and ice

Road rally racers go dashing through the snow Up North

Atlanta, Michigan — The sound echoes through the northern woodland, the high-powered whine of an engine pushed to its limits coming closer and closer.

Within seconds, a rally car drifts sideways into the corner, ice and snow flying from its tires.

The Sno*Drift rally is back.

"We have 40 cars running this weekend," said Jeremy Meyer, 44, of Duluth, Minnesota, marketing director for the American Rally Association, which is putting on the wintertime racing event in northern lower Michigan.

The rally in Montmorency County is one of a kind. While the association holds nine such rallies across the country, Meyer said, the Sno*Drift is its only event where drivers compete on snow.

It's been an annual event Up North for 23 years. 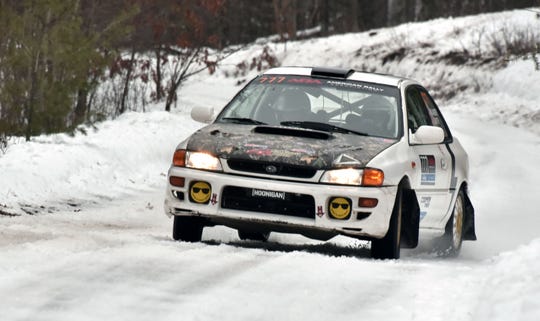 “We have great support from the community,” said race volunteer Kent Balogh, 73 of Lewiston, who has volunteered for 21 years and assists in just about all aspects of the race. “We have hundreds of spectators along the various legs of the race.”

Hotels, service stations and restaurants fill with drivers, team members, media and spectators during the slow winter month of January.

The course is set up on county roads, which are closed to the public during the event. They're plowed but still icy and snow-covered.

Each stage is a set course varying in length, with one car racing at a time. Day or night, the driver/co-drivers navigate snow, ice and anything else the roadway will throw at them at high speeds, hoping to win as the fastest vehicle in the event.

There are several classes for vehicles, matching engines sizes, two-wheel or four-wheel drive and experience levels. 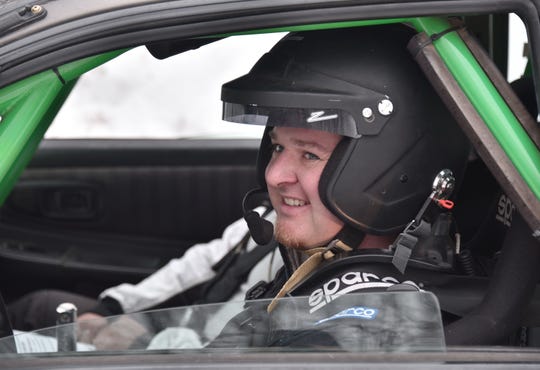 Each car is equipped with special safety equipment, including roll cages, fire extinguishers and four-way safety harnesses. Helmets are mandatory and every vehicle must pass a thorough safety inspection before racing.

Test driving or practice on any county roads used for the event is not allowed 90 days before the rally or 30 days afterward.

The team trailers that accompany the race vehicles are portable repair shops with extra parts, spare tires and tools. Parking in staging areas, the crews stay busy fine-tuning the vehicles and preparing for the strenuous driving ahead.

A modified 1985 VW GTI is backed off a trailer prior to doing a practice run on the Sno*Drift course. (Photo: John L. Russell, Special to The Detroit News)

Friday began with safety inspections and one open stage for practice and tuning the race vehicles. The cars line up and leave every few minutes, unless the course is temporarily closed to pull a race car out of a snow bank.

Six stages were scheduled to open in late afternoon, with racing continuing until 9:30 p.m.

Saturday's racing begins in Atlanta at 10 a.m. with the last vehicles completing the stages by 6:30 pm. An awards event takes place later in the evening.