East Lansing — A Detroit man has been charged in the Friday morning robbery and sexual assault of three women at an apartment complex, officials said. 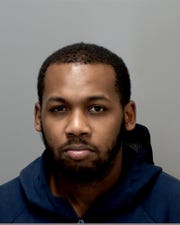 Rodgers was ordered held at the Ingham County Jail without bond.

If convicted, he faces up to life in prison for the criminal sexual conduct charge.

Police said officers were called at about 6 a.m. Friday to apartments in the 2500 block of Abbot near East Lake Lansing Road to respond to a report of a break-in and sexual assault.

According to a preliminary investigation, an armed man entered an apartment through an unlocked door. Once inside, he physically and sexually assaulted the three.

Before leaving, the man took various electronic devices from the victims, authorities said.